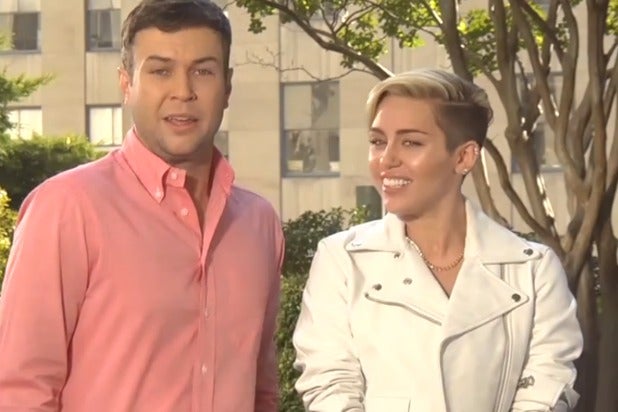 Now it can be revealed: Miley Cyrus keeps sticking her tongue out because that’s how she smells things.

That’s one of the big discoveries in the promos for this week’s “Saturday Night Live,” on which Cyrus is the host and musical guest. She joined Taran Killam on a Rockefeller Center rooftop for promos that address her VMAs performance — surprise, surprise — as well as her unusual living situation.

They’re nowhere near as funny as Tina Fey‘s promos last week, but that’s kind of a high bar.