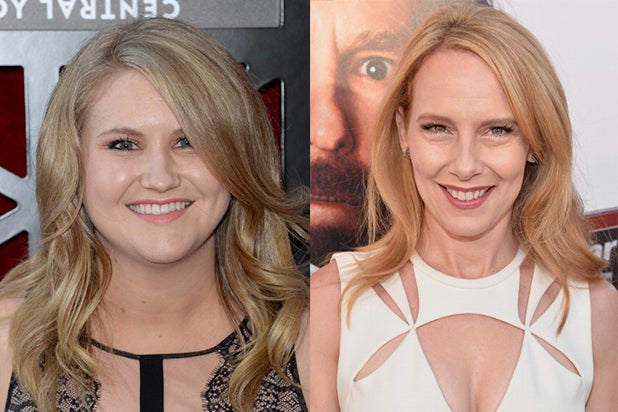 Rob Letterman is directing the film, which is based on R.L. Stine’s popular book series.

Dylan Minnette (“Prisoners”) plays a teen named Zach Cooper, whose family moves to a new home where his new neighbor is a mysterious author, played by Jack Black. When a demonic ventriloquist’s dummy unleashes the author’s creepy creations, it’s up to his niece Hannah (Odeya Rush) and Zach to battle the evil forces and save their town.

Ryan will play Minnette’s disbelieving mother, while Bell will play his ditzy aunt.

Neal H. Moritz (the “Fast & Furious” franchise) will produce with Deborah Forte of Scholastic Entertainment. Sony execs Hannah Minghella and Elizabeth Cantillon will oversee the “Goosebumps” movie for the studio.

“Goosebumps” is one of the most popular children’s book series ever, surpassed only by the “Harry Potter” novels in total sales, with more than 300 million copies sold worldwide. The series has been published in over 32 languages and was successfully adapted as a TV series by Scholastic Entertainment for the Fox Kids Network, where it was rated #1 for four seasons and aired in over 100 countries. It also spawned a video game from Scholastic Interactive.

Ryan, who earned an Oscar nomination for her supporting turn in Ben Affleck‘s directorial debut “Gone Baby Gone,” currently stars in “Breathe In” and will soon be seen in Alejandro Gonzalez Inarritu’s “Birdman” and the West Memphis 3 movie “Devil’s Knot.” She recently joined the cast of Paramount’s “Monster Trucks,” which will star Lucas Till and Jane Levy, as TheWrap first reported.

Bell, who stars on Comedy Central’s hit series “Workaholics,” recently appeared in Paul Thomas Anderson‘s “The Master” and reteamed with the director on “Inherent Vice.” She previously appeared in “Bridesmaids” and will soon be seen in Sony’s “22 Jump Sreet.”