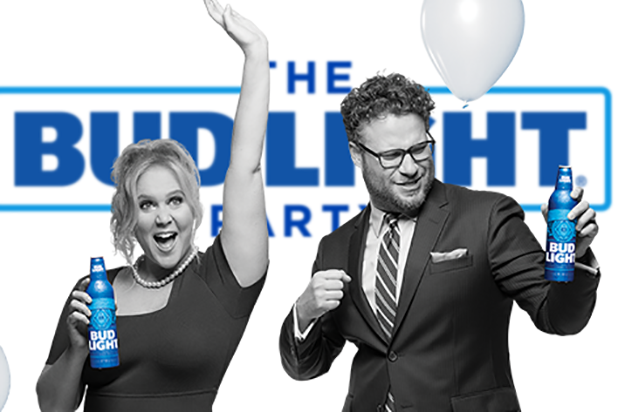 The campaign, which debuted during the Super Bowl earlier this year, was planned to run through the election, but the last ad was released back in August. According to Adweek, the company plans to instead focus on its NFL marketing and the Bud Light X Lady Gaga Dive Bar Tour.

“Despite continued positive signs in brand health evolution, driven by millennials and Hispanics, 3Q was the softest performance of Bud Light for the year from a volume and share perspective,” Lisa Weser, Bud Light senior director of marketing communications, told AdWeek.

“The Bud Light Party campaign helped us improve these brand attributes, but it did not translate to improved volume and share performance,” Weser said. “While we are clearly not satisfied with Bud Light’s performance, we are already leveraging what we’ve learned to develop and execute new work.”

The company is shifting its focus to sports-themed marketing, including the “This Is Your Can’s Year” campaign, which features cans with custom designs based on NFL team logos. The campaign will also be expanded to include branded can coolies featuring team designs.

“For Q4 and 2017, we are working closely with our creative agency, Wieden + Kennedy, to prepare for the next phase of our campaign for the Super Bowl and beyond,” Weser said. “We will also put more focus on sports, where we have had considerable success in the past.”

See video of the NFL-themed campaign below.