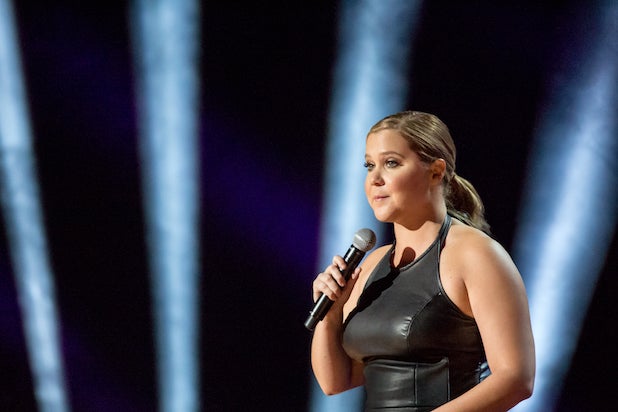 Amy Schumer’s second comedy special with Netflix is set to debut on the streamer next month, the comedian announced on Tuesday.

The new special, taped in Chicago and set to hit Netflix on Tuesday, March 19, is described as “a refreshingly honest and hilarious take on marriage, pregnancy and personal growth.”

Titled “Amy Schumer Growing,” the special marks Schumer’s follow-up to “The Leather Special,” which premiered on Netflix in 2017.

Schumer announced the news of her upcoming special on Instagram on Tuesday morning.

Schumer’s previous deal with Netflix made headlines when it was reported that the comedian asked the streamer for more money after learning that Dave Chappelle and Chris Rock were paid significantly more for their comedy specials.

“I believe women deserve equal pay,” Schumer said on Instagram at the time. “However I don’t believe I deserve equal pay to Chris and Dave. They are legends and [two] of the greatest comics of all time.”

She continued, “I would like to say that I have been selling out arenas these last couple years. Something a female comic has never done. That’s a big deal to me, especially because I know I do my best every night on stage for the audience and they have a good time. I didn’t ask for the same as my friends. I did ask for more than the initial offer.”

Actress-comedian has amassed a killer highlights reel on film, TV and the comedy stage

Amy Schumer’s early stand-up comedy always had her playing coy and self-deprecating -- with a smattering of smutty. Since then, she’s blossomed as a physical comedian, a feminist and a body-positive icon without losing that innocent charm. And with her new movie “I Feel Pretty” opening Friday, she’s still surprising us. Schumer is behind a lot of great sketches on her erstwhile show “Inside Amy Schumer,” from parodies of “12 Angry Men,” “Friday Night Lights” to a hilarious-but-fake talk show. Scroll through to review Schumer's best moments on film, TV and the comedy stage.