During a stand-up appearance in Las Vegas on Saturday, Amy Schumer said Will Smith’s assault on Chris Rock at the 2022 Academy Awards was an example of “toxic masculinity” and that the incident was “really upsetting.”

She told the audience at the Mirage Theater in Las Vegas, according to E! News, “I don’t even know what to say about the Oscars. I have no jokes about it. All I can say is that, I don’t know if you saw this, but Will Smith slapped Chris Rock. Did that cross your newsfeed?”

Schumer added, “It was just a f—ing bummer. All I can say is that it was really just sad. It says so much about race, about toxic masculinity, it’s just, everything. It was just really upsetting.” 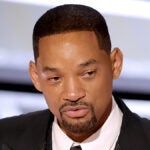 Also Read:
Will Smith Resigns From Academy, Will Accept Further Consequences: ‘I Am Heartbroken’

Schumer added that she and co-hosts Wanda Sykes and Regina Hall were having a great night, until “Ali,” as she referred to Smith (referencing his Oscar-nominated turn boxer Muhammad Ali in the 2001 film “Ali”) slapped Rock. “I was kind of like, feeling myself,” she said. “I was like, ‘Oooh, somebody’s monologue went well.’ And then, all of a sudden, Ali was making his way up and just [pretends to slap someone].”

Smith has since apologized to Rock and resigned from the Academy, although he still faces unknown sanctions for the incident.

On Saturday, Denzel Washington — was seen speaking with Smith in the immediate aftermath of the incident — broke his silence on the incident. “Fortunately there were people there, not just me but others [like] Tyler Perry came immediately right over there with me,” Washington said. “Some prayers. I don’t wanna say what we talked about, but there but for the grace of God go any of us. Who are we to condemn? I don’t know all the ins and outs of this situation, but I know the only solution was prayer, the way I saw it, the way I see it.”