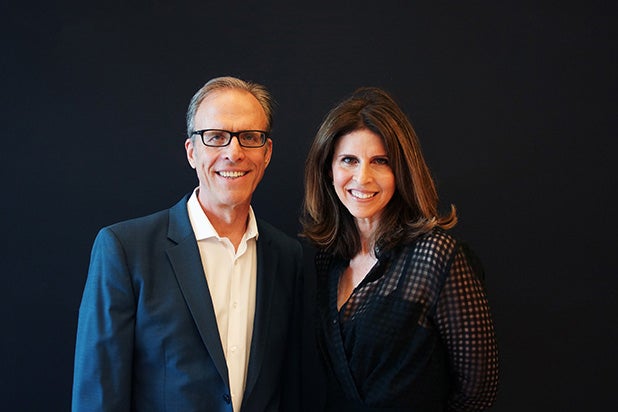 “The Hunting Ground” filmmakers Amy Ziering and Kirby Dick have entered a two-year first-look deal with Entertainment One, the studio announced on Wednesday.

The deal will cover scripted and unscripted television content from Ziering and Dick’s Chain Camera production company. eOne will serve as the studio on all of the projects covered under the deal and control worldwide rights.

“Amy and Kirby are without a doubt two of the most important and well-respected filmmakers working in documentary film today. Together they have made films that have single-handedly defined and transformed our culture and have an unmatched record of crafting thrilling and original investigative features that are, in their own right, cinematic tours de force,” said Peter Micelli, eOne’s chief strategy officer for film and television. “We are thrilled that they will bring their bold talents to eOne and we look forward to providing them a platform where they can bring their authentic storytelling to create scripted and non-scripted programming that can impact and inform people around the world.”

Also Read: Women Producers and Filmmakers on Telling Their Own Stories - and Making Room for Other Women to Do the Same

“Kirby and I are beyond excited to partner with entertainment powerhouse eOne,” Ziering said. “We look forward to working with eOne’s first tier team of executives, creators and visionaries. We can’t wait to see what we all are able to conjure together.”

Ziering and Dick’s LA-based Chain Camera pictures is the documentary production company behind the Emmy-winning “The Invisible War,” the documentary about sexual assault on college campuses “The Hunting Ground” and, most recently, the Netflix documentary “The Bleeding Edge.”

Dick also directed “Twist of Faith,” the story of a man confronting the trauma of his past sexual abuse by a Catholic priest and “This Film Is Not Yet Rated,” an investigation of the MPAA’s secretive film ratings system. Ziering executive produced Kirsten Johnson’s award-winning “Cameraperson,” Josh Fox’s “Awake – A Dream from Standing Rock” and received the 2013 PGA Gracie Award for Outstanding Producer.