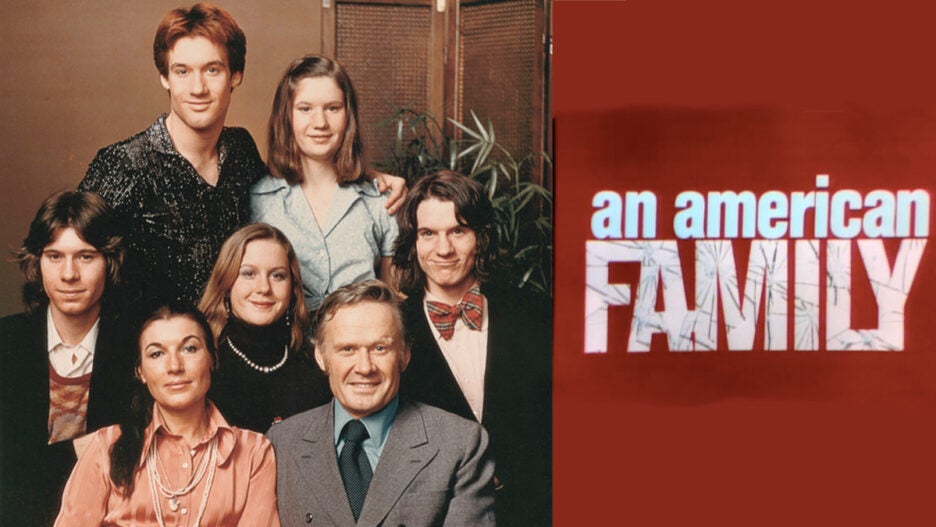 The nation’s headlines in the early months of 1973 told of Roe v. Wade, the occupation of Wounded Knee, a growing Watergate scandal, George Steinbrenner buying the Yankees, the official opening of the World Trade Center, POWs released from Vietnam and a growing fear of a gas shortage in the United States.

But the biggest story was about something that was happening on TV.

Two years after more than 300 hours of footage were shot over the course of seven months inside the Santa Barbara home of the Pat and William C. Loud and their five kids, an experimental documentary chronicling their daily lives unfolded over the course of 12 weeks on PBS. By time it was over, “An American Family” had captivated the country as it had divided it, the Louds were divorced and TV had changed forever.

It’s difficult to explain – and impossible to overstate — how daring the proposal this television idea was for 1971: having a film crew move into a family’s home for half a year to record its every day for airing as a primetime series. The “fly-on-the-wall” cinema vérité movement that had come out of France in the early 1960s had begun to influence Hollywood filmmaking (“A Hard Day’s Night,” “Take the Money and Run”), but bringing it to the small screen was outside the pale. 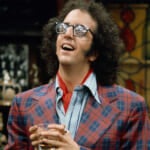 Producer-creator Craig Gilbert was firm in a belief of drama to be found in the daily lives of ordinary people, though. “An American Family” was inspired by his own at the time (he’d recently separated from wife Suzanne) and was informed by his 20 years in the documentary world. (One of his better-known earlier efforts focused on Irish writer Christy Brown, who later became the subject of the 1989 Daniel Day-Lewis film “My Left Foot.”) He persuaded then-employer WNET, New York’s public television station, to finance the project, then considered more than two dozen families who expressed interest in participating before choosing the Louds — Bill Loud (50), wife Pat Loud (44) and children Lance (19), Kevin (18), Grant (17), Delilah (15) and Michelle (13). Filming began in May 1971.

Most everything was fair game –Bill and his salesman job, Pat and her homemaker ennui, the kids and their adolescent angst. Mundanity and activity, harmony and division, at home or outdoors, individually or as a group or with friends — everything the Louds did was recorded. Twenty years before “Seinfeld” made a running joke of being a show about nothing, a new series predicated on the very idea was underway.

A little past halfway through the seven-month shoot, however, the show about nothing became the show about everything when Pat Loud announced to her husband on camera that she wanted a divorce. The news shocked Gilbert and his crew, who thought they’d be packing up both their equipment and their ambitious plans as a result. But they opted to keep the camera rolling instead. This portrait of an American family was now to be one of the changing American family. By the time recording ended on New Year’s Eve 1971, Bill Loud had moved out, and Pat and four of the five Loud children were facing a new year with a changed family dynamic under their Santa Barbara roof. (Lance, who’d revealed himself as gay during the shoot, was exploring life — and himself — in New York.)

After more than a year of editing, “An American Family” premiered on PBS on January 11, 1973, its content, if not its existence, mostly unknown to viewers in a less-connected world. It opened with a brief preface showing Gilbert on location above the Santa Barbara coastline, where he told of the project’s development and gave a brief history of the Louds and how they came to be living in California. And he offered a caution: “The Louds are neither average nor typical. No family is. They are not ‘the’ American family. They are simply ‘an’ American family.” Then the series of the same name began with a main-title sequence that invoked “The Brady Bunch” by way of then-hit-drama “Mannix.” Catchy theme-music and all.

A half century’s worth of theorists have tried to explain what happened next — which is that America’s families watched that night. And they kept tuning in. Ten million or so each week — Super Bowl numbers for public television. From January to March 1973, Thursday nights in this country came down to a choice between “Ironside,” “Kung-Fu” and “An American Family.” And as the series took root and the Louds took off, social commentators took notice of what was described as either a depiction of the fraying family fabric or its exploitation. Or both. And viewers in turn took sides in what more and more came to resemble a skirmish rather than a family, the result of a clear generation gap between parents and children and a communication chasm between the 21-years-married Louds.

By the ninth episode – in which Pat Loud asks her husband to move out, giving him her lawyer’s business card on his way out the door — PBS had a family hit that rivaled “The Waltons.” And the country found itself caught up in a dizzying coast-to-coast conversation about family dynamics in a changing world. “While audiences laughed at the Bunkers in conflict and Ms. Magazine published a liberated marriage contract, the broadcast on public television of a documentary series … captured national attention by its raw exposure of a pervasive crisis in domestic relations,” Peter N. Carroll wrote in his 1982 book “It Seemed Like Nothing Happened: America in the 1970s.”

The Louds – alternately pilloried or praised, with Pat and Bill’s parenting scrutinized and their kids’ every action studied (especially those of breakout star, Lance) – were part of a cultural maelstrom. Halfway through the 12-week rollout, fearful of how “An American Family” was presenting them, they took to Dick Cavett’s afternoon talk show, as a group, to plead a case of misrepresentation due to selective editing. (Pat Loud: “We’ve lost dignity, been humiliated, and our honor is in question.”)

There was no slowing the Loud train, though. A week after the crucial ninth episode, the family appeared on the cover of Newsweek with the cover line: “The Broken Family.” The exposure only served to beat the drums of publicity louder for the show’s March 29 finale, which presented the Louds in all their New Normal – after which the seven went back to their (changed) lives. Pat Loud wrote a memoir; Lance Loud began to fashion a career as a celebrity; and Craig Gilbert, himself damned during the run of the show for his role in what many thought was the destruction of the American family (and of television), went into seclusion. 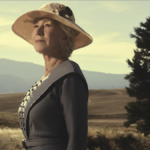 Also Read:
Helen Mirren Joined ‘1923’ Without Reading a Script: ‘I Signed On Without Knowing What I Was Getting Into’

The endlessly threaded debate over “An American Family” and its significance – or lack thereof — has gone on for 50 years. There’s no arguing, however, the project’s influence on both the business and the art form of television, each of which was already in significant transition in 1973 due to the arrival two years earlier of Norman Lear’s convention-smashing “All in the Family” — which began shooting the same month (May 1971) that “All in the Family” was named Outstanding New Series (as well as Outstanding Comedy) at the Emmy Awards. A TV revolution was indeed underway that saw the medium’s previously sanitized portrayal of family life giving way to “real-er” more relatable depictions.

And the popularity of “An American Family” announced that nonfiction storytelling was a welcome addition to primetime TV. Indeed, by decade’s end, NBC had introduced “Real People,” with ABC following suit a year later with “That’s Incredible!” In the 1980s, so-labeled reality programming was the hottest new genre on the TV landscape, spreading like kudzu and in as many forms as outlets (not all of which invoked narratives as noble as Gilbert’s) — from “Unsolved Mysteries” and “Rescue 911” to “America’s Most Wanted” and “Cops” and “Totally Hidden Videos.” In 1992, MTV launched “The Real World,” a fly-on-the-wall experiment for twentysomethings that creators Mary-Ellis Bunim and Jonathan Murray said was inspired by “An American Family.”

With the watchwords cheap and easy, the genre grew to the point of supplanting sitcoms in the 21st century, especially (but not exclusively) on broadcast television as the success of scripted programming waned in the face of offerings on premium networks and later streaming services.

While “An American Family” is often hailed as TV’s first reality show, the form dates to radio and shows like “Candid Microphone,” the forebear of “Candid Camera.” But it still made a huge imprint on television and the culture at large. Not only did the project introduce a gay lead in Lance Loud at a time (four years after Stonewall) when representation was critical, it dared to depict the experience of divorce in a country that was continuing to be changed by it. 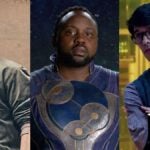 The decades since “An American Family” have brought multiple updates and appreciations, most notably 2003’s “Lance Loud: A Death in An American Family ” — recorded in 2001 in part as a tribute to Lance Loud, then in hospice. (The eldest Loud, HIV-positive at the time, had parlayed his 12 weeks of TV fame into a well-documented and self-confessed 20-year crystal-meth addiction.) He died from complications of AIDS and hepatitis-C in December of 2001.

A decade ago, HBO aired a film about the making of the series called “Cinema Verite,” starring Tim Robbins and Diane Lane as the Loud parents and James Gandolfini as Craig Gilbert. It was equal parts meta and ironic in its documentation of the entirety of the project from inception through aftermath. At 90 minutes, though, it failed to capture the seismic impact of the massive “An American Family” — but it received strong reviews and nine Emmy nominations. (Sidenote: “An American Family” never received a single Emmy nomination.)

One of Lance Loud’s final wishes in 2001 was that his parents reunite. Following his death, they did. The Louds remained together until Bill’s death in 2018. (The family’s Facebook announcement of his passing ended this way: “If you never met him or only knew him from television… you missed a lot.”) Pat Loud died in 2021.

Craig Gilbert, soured if not traumatized by the criticism of “An American Family” when and after it aired, died in 2020. In a lengthy 1982 essay, he recalled, “I was accused of being a Svengali-like manipulator, a crass invader of privacy, and a brooding East Coast neurotic with a compelling need to foist my twister vision of life on an unsuspecting public.” The man who changed the face of television never produced another documentary.

Jim McKairnes is a former longtime CBS executive now writing and teaching about media. He is the author of “All in the Decade: 70 Things About ’70s TV That Turned Ten Years Into a Revolution.”

BIO Jim McKairnes
Jim McKairnes is a former longtime CBS executive now writing and teaching about media. He is the author of "All in the Decade: 70 Things About '70s TV That Turned Ten Years Into a Revolution."

Jim McKairnes is a former longtime CBS executive now writing and teaching about media. He is the author of "All in the Decade: 70 Things About '70s TV That Turned Ten Years Into a Revolution."