Malachi Kirby has been cast in the leading roles of Charlie and Spider in Amazon Prime Video’s upcoming adaptation of Neil Gaiman’s “Anansi Boys,” the streaming service revealed Tuesday.

Per its official description, Amazon’s “Anansi Boys” follows Charlie, a young man who is used to being embarrassed by his estranged father, Mr. Nancy. But when his father dies, Charlie discovers that his father was Anansi: trickster god of stories. And he learns that he has a brother. Now his brother, Spider, is entering Charlie’s life, determined to make it more interesting but making it a lot more dangerous.

As previously announced, Delroy Lindo will star as Charlie and Spider’s father, Anansi/Mr. Nancy, a character who first appeared in Gaiman’s novel “American Gods.” Though that book, which has connections to “Anansi Boys,” was adapted into a now-canceled TV series at Starz, the two shows will not be connected. Orlando Jones played the character of Mr. Nancy in Starz’s “American Gods.” 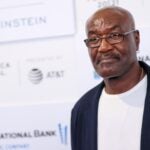 Gaiman will write the six-episode adaptation of his 2005 book “Anansi Boys” along with Lenny Henry. The TV adaptation will begin shooting in Scotland later this year.

“Anansi Boys” will be executive produced by Gaiman, Henry, Douglas Mackinnon, Hanelle M. Culpepper (who will direct the pilot), Hilary Bevan Jones (Endor Productions) and Richard Fee (Red Production Company), with Gaiman and Mackinnon serving as co-showrunners. Gaiman and Henry will also write for the series along with Arvind Ethan David, Kara Smith and Racheal Ofori. Paul Frift is a producer. Jermain Julienand and Azhur Saleem are directing episodes. 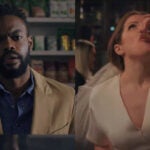 Kirby most recently starred in Steve McQueen’s Amazon/BBC series “Small Axe,” for which he won a BAFTA for best supporting actor. His other credits include the TV series “Devils,” “Black Mirror” and “Roots,” and the film “My Name Is Leon.”