Anna Kendrick’s Darby Carter found her person, Grant (Kingsley Ben-Adir), at the end of “Love Life” Season 1. And in the teaser for the second season of the HBO Max anthology series, the wedding gown-wearing Darby literally steps out of focus while celebrating her just-married status at a bar with her friends, and the show’s next protagonist enters the frame: Marcus Watkins, played by “The Good Place” alum William Jackson Harper.

Per HBO Max, the second season of “Love Life” focuses on Marcus as he comes out of a years-long relationship with the woman he thought was going to be his person. After the rug is pulled out from under him, he is plunged back into the search for the romantic fulfillment he thought he’d already found.

The newly released teaser, which you can view above, shifts focus to Marcus, just as the show will, and gives us glimpses of his love life, how it’s lacking and what’s to come when “Love Life” Season 2 debuts with three episodes on Thursday, Oct. 28. The 10-episode season continues with three more episodes on Nov. 4 and concludes with the final four episodes on Nov. 11. 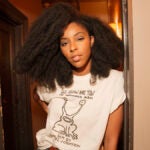 The series is produced by Lionsgate Television and Feigco Entertainment.