The show, which starred Anna Kendrick in its first installment, is also adding Chris “Comedian CP” Powell to its second-season regulars, with Janet Hubert, Jordan Rock and Maya Kazan set to guest star.

HBO Max previously revealed that Kendrick, who executive produces “Love Life,” would reprise her role as Darby Carter on Season 2, but today confirmed that fellow Season 1 stars Zoë Chao, Peter Vack and Nick Thune will also appear in this new batch of episodes. 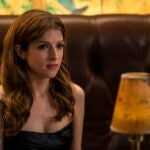 Here’s the official description for “Love Life” Season 2, which Harper executive produces in addition to starring on:

“Season two of ‘Love Life,’ HBO Max’s romantic comedy anthology series from Lionsgate Television, focuses on Marcus Watkins (Emmy nominee and executive producer William Jackson Harper) as he comes out of a years-long relationship with the woman he thought was going to be his person. The rug pulled out from under him, he is plunged back into the search for the romantic fulfillment that he thought he had already found.” 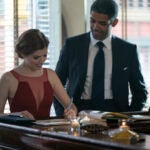 Williams (“2 Dope Queens,” “Booksmart,” “Fantastic Beasts and Where to Find Them 3”) will play Mia Hines, the beautiful, intelligent and somewhat unknowable object of Marcus’ affection. After forming a connection early in the season, she challenges Marcus’ ideas about himself and how he moves through the world.

Powell (“Ole Bud’s ANU Football Weekly,” “Detroiters,” “Oaklandia”) is set as the charming and gregarious Yogi, who is committed to his girlfriend and two children but lives vicariously through Marcus’ exploits, offering unsolicited advice.

And here are the character descriptions for the guest stars, per HBO Max: 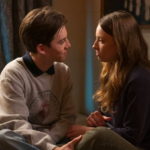 “Love Life” Season 2 is executive produced by Boyd, Bedard and Williams, along with Kendrick, Harper, Paul Feig and Dan Magnante.

The series hails from Lionsgate Television and Feigco Entertainment.