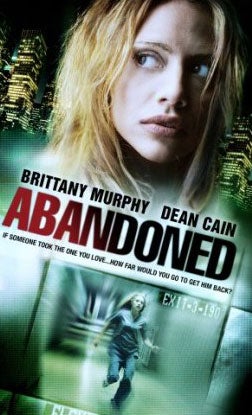 Michael Feifer directed the film, scripted by Peter Sullivan from a story by him and Jeffrey Schenck. Schenck also produced with Barry Barnholtz for Hybrid.

The movie, which co-stars Dean Cain, Mimi Rogers and Peter Bogdanovich, is set for a summer release.

Kevin Kasha, Anchor Bay Films’ senior VP of acquisitions, said in a statement: "’Abandoned’ has the kind of twists and turns that will have the audience guessing until the end and keep them talking after."

"Abandoned" is the final film role for Murphy, who died in December.

In a joint statement, Barnholtz and Schenck said, "Brittany will be deeply missed by everyone who worked on ‘Abandoned.’ The film is a taut thriller which portrays Brittany’s character as smart and tough — and that’s how we all want to remember her."

Anchor Bay Entertainment president Bill Clark said: "Releasing this young actress’s last film is both an honor and bittersweet. It was important to Anchor Bay that the timing of this release be right, because we’re sensitive to such a tragic loss. However, we also recognize that Brittany’s fans will want to see her amazing work."