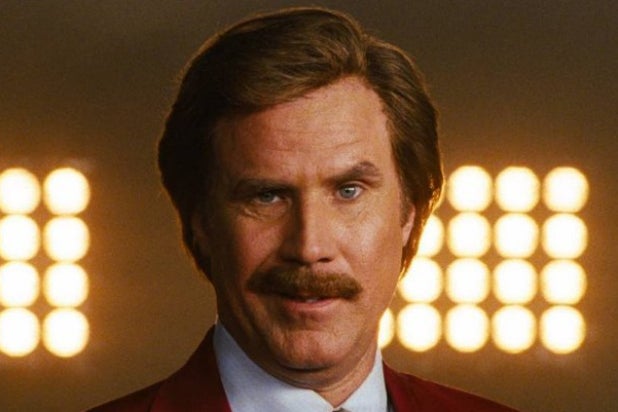 “Anchorman” fans can get a whole lot more of pompous newscaster Ron Burgundy thanks to a new $33 superticket.

The more expensive tickets lets moviegoers see “Anchorman 2: The Legend Continues” two days before the film premieres in theaters this month and throws in a pre-order digital download of the sequel as well as a digital copy of an alternate version of the first film and a $5 concessions card at AMC Theatres.

It does not, however, include rich mahogany or many leather bound books. In a promotional spot, Burgundy (played by Will Ferrell) says he will add his own twist on the deal by making love to ticket buyers’ wives, before being informed that part of the pitch isn’t officially sanctioned.

This is the second time that Paramount Pictures, which is distributing the film, has toyed around before with the superticket concept. Although this incarnation, includes new partners and lower pricing. Last summer, the studio teamed with Regal Cinemas on a $50 special ticket, which included an advance screening of “World War Z,” along with various goodies such as a high-definition version of the film, 3D glasses and a small popcorn.

This time, the studio is teaming with online ticketer Fandango and AMC to offer the tickets in nearly 60 locations and in nearly 40 markets such as New York, Los Angeles, Boston and Washington, D.C.

Nor is Paramount the only studio to experiment with offering premium tickets. Last summer, Warner Bros. partnered with Canadian theater chain Cineplex Entertainment on a super ticket tied to “Pacific Rim” that threw in an UltraViolet copy of the film for an additional $19.99 to $24.99 on top of the movie ticket price.

Also read: ‘Anchorman 2’ Moves Up 2 Days to Get a Jump on Crowded Christmas

The idea is to simultaneously bolster a home entertainment industry that has been bruised by the decline in DVD sales while enhancing the value proposition of moviegoing. Studios have yet to release any numbers about how these experiments have performed.

As for Paramount, its’s another way to bang the drum for “Anchorman 2’s” release. That’s something it has done continually in a series of humorous ads and product tie-ins with everything from Chrysler to Jockey underwear as a way of re-familiarizing audiences with a cult character who has been offscreen for nearly a decade.

The film debuts on Dec. 18…unless, of course, you’re a superticket holder.