In the past month or so, everyone from James Cameron to Michael Bay to DreamWorks chairman Jeffrey Katzenberg have sounded warnings about the rush to jump on the 3D bandwagon.

Here are five reasons they may be right.

Case in point: “Clash of the Titans.” Everyone (except, maybe, moviegoers) agrees its converted 3D — done in India under tight deadlines — was almost unwatchable.

“You cannot do anything that is of a lower grade and a lower quality than what has just been done on ‘Clash of the Titans,’” Jeffrey Katzenberg told Variety last week.

Shoddy 3D, argues Katzenberg, has the potential to cause a backlash that’ll kill the format. “… In the long run, (moviegoers) will wake up,” he said. “And the day they wake up is the day they walk away from us and we blew it.”

But it’s not just shoddy 3D. It’s also the overzealousness of studios that may be pushing filmmakers to shoot in 3D that don’t need to be in 3D. Movies that are done that way just because it’s the flavor of the week. Case in point: "Harry Potter," a franchise that does quite nicely in 2D, thank you very much.

The worst example of this: "Superman Returns," where only Supe’s flying scenes were shown in 3D — forcing moviegoers to keep taking those clunky glasses on and off in the course of the film.

On the other hand, Chris Cookson, the president of technology at Sony Pictures, disagrees with the idea that too much bad 3D will hurt the field. “You could argue that ‘Attack of the Killer Tomatoes’ did not stop people from seeing 2D movies,” Cookson told TheWrap. 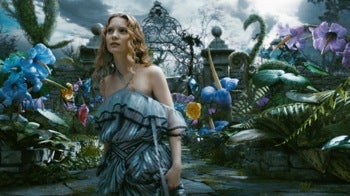 Currently, about 3,000 screens in the United States are equipped for 3D. Buzz Hays, who heads Sony’s 3D Technology Center, says that needs to jump all the way to 10,000 before you can realistically support even two 3D films in the marketplace.

“The studios are looking at the number of screens and realizing that you’ve got to pick pretty carefully which projects you want to go with,” agrees Sony’s Cookson. “When you had ‘Alice in Wonderland’ and then ‘How to Train Your Dragon’ and then ‘Clash of the Titans,’ it was really a clash, and it ate into the potential for those first two films.

“In the normal scheme of things, ‘Avatar’ would still be playing in 3D, but it has disappeared. ‘Alice’ should be playing in 3D for as long as people are interested, but its 3D business is gone. And the one that really suffered was ‘Dragon.’ I think everybody is aware of the shortage of screens, and it tempers everybody’s excitement.”

It’s not just the extra $3 theaters are charging for 3D. It’s way more than that: at the AMC Century City theaters, for example, the “digital IMAX experience” – which isn’t even on a true IMAX screen – adds an astonishing $7 to the price of each ticket. That’s a boost of more than 50 percent, bringing a single adult ticket to, say, “How to Train Your Dragon” to a remarkable $20.50.

At best that’s an event-movie price, but certainly not a sustainable one in the long run. 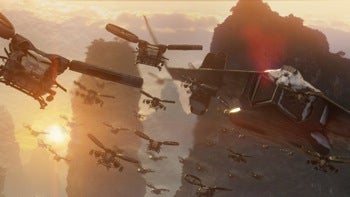 Those damn glasses — not just the fact that they’re uncomfortable (particularly for people who already wear glasses), but also that they unavoidably make the image darker, to a degree that’s been variously estimated at anywhere between 5 percent and 20 percent.

This is particularly true when a film wasn’t shot with 3D in mind but was converted — like "Alice" or "Titans." Those films were seriously damaged by the darkened image.

Even films shot in 3D require vigilance. James Cameron prepared dozens of different versions of “Avatar,” based on the size of the screen and the image brightness required. How many filmmakers are that painstaking? 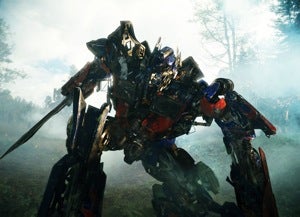 Some — Michael Bay, for instance — don’t want to be forced to make their movies (say, “Transformers 3”) in 3D. And they definitely don’t want those films converted after-the-fact. As long as notable directors remain vocally skeptical and resistant, the technique could continue to seem like a gimmick, and the holdouts could appear to be taking the artistic high road.

Though an artistic high road that counts Michael Bay among its travelers can’t be all that high, right?