HBO Max has released the full-length trailer for “And Just Like That,” its upcoming sequel series to “Sex and the City.”

Watch the trailer in the video above. HBO Max had previously released a brief teaser, which you can see here. 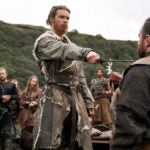 “And Just Like That” will debut its first two episodes on Thursday, Dec. 9. The first season will span 10 episodes, with the remaining eight rolling out weekly on Thursdays after the premiere. The finale is scheduled for Feb. 3, 2022.

Along with Parker, Davis and Nixon, “And Just Like That” stars many returning characters from the HBO series “SATC” run, including Chris Noth as Mr. Big, the late Willie Garson as Stanford Blatch, Mario Cantone as Anthony, Evan Handler as Charlotte’s husband Harry Goldenblatt and David Eigenberg as Miranda’s husband Steve Brady. Franchise newcomers starring on the sequel series include Ramírez, Sarita Choudhury, Nicole Ari Parker and Karen Pittman.

Not returning for “And Just Like That” is Kim Cattrall, who played Samantha Jones on the HBO series and its two feature-length movies. The trailer makes no mention of Samantha’s whereabouts and it remains a mystery how the series will address her absence.

HBO’s “Sex and the City” was created by Darren Star based on the book of the same name by Candace Bushnell.