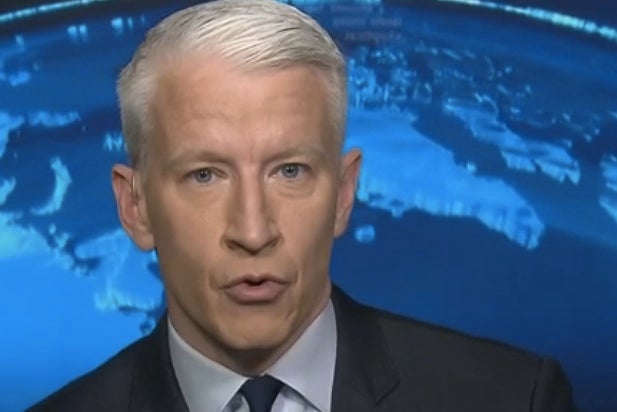 On Wednesday, Anderson Cooper conceded he allowed erroneous claims about “no-go zones” for non-Muslims in France to go unchallenged on his CNN program.

Beginning by noting he pointed out mistakes made by Louisiana Governor Bobby Jindal and Fox News surrounding the false meme, Cooper then turned to his own error.

“If you’re going to point fingers at other people’s mistakes, you should also acknowledge your own mistakes and we didn’t do that on the program,” he said. “In the wake of the Paris attacks in France, several guests on this program mentioned “no go zones” in France. I didn’t challenge them and twice referred to them as well. I should have been more skeptical; I won’t make the same mistake again.”

The “no go zones” meme began in the media following the Charlie Hebdo attack. On January 10th, terrorism analyst Steve Emerson told Fox News’ Jeanine Pirro Birmingham, England is a city where non-Muslims do not enter.

The comment sparked a social media uproar with the #fonewsfacts hashtag trending in response to the claim. Pirro and other Fox News programs issued corrections on January 17th.