Andre Leon Talley, the hugely influential fashion journalist best known for his distinctive personal style and decades-long association with Vogue magazine, died Tuesday at a hospital in White Plains, New York. He was 73. His cause of death has not been made public.

Talley became a widely celebrated fashion icon during his six-decade career, most notably at Vogue, where he served as fashion news director from 1983-1987 and then as the magazine’s creative director until 1995. He left Vogue in 1995 to work for W, but returned returned in 1998 as editor-at-large, a role he held until leaving Vogue in 2013 to pursue other projects.

Born in Washington, D.C. in 1948, Talley grew up in the south during segregation. He attended North Carolina Central University, which he followed with a scholarship to Brown University, where he earned an MA in French literature in 1972. 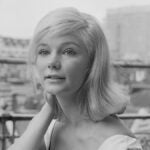 Moving to New York City, Talley soon earned a job working for Andy Warhol at Interview Magazine, leading to stints at Women’s Wear Daily, W and then the New York Times before moving to Vogue. He also used his position and influence to urge designers to include Black models and he frequently called out racism in the fashion world. He also remains highly regarded as an important LGBTQ+ pioneer.

Talley was also celebrated for his insightful observations and sharp wit, as well as for his distinctive style; colorful capes over impeccably tailored suits for much of his career, and later his collection of bold, African-inspired robes that became his personal trademark during his final decade.

Among the accolades he collected during his life, Talley received the 2003 Eugenia Sheppard Award for Fashion Journalism, he was awarded an honorary Doctorate from Savanah College of Art and Design in 2008, and in 2011 a gallery in his name was opened at the SCAD Museum of Art.