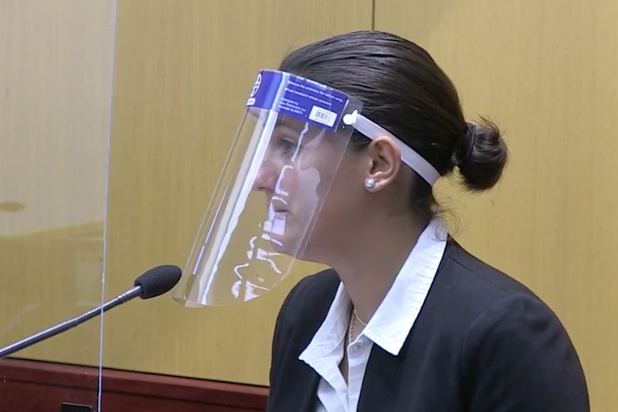 Journalist Andrea Sahouri was acquitted Wednesday after being arrested while covering a protest over the death of George Floyd in May of 2020.

Sahouri had been charged with failure to disperse and interference with official acts, both misdemeanors. Her employer, the Des Moines Register, chronicled her trial on its website and announced her acquittal.

Her case has earned widespread media attention and condemnation from organizations supporting the freedom of the press. After the verdict, Sahouri simply tweeted “Acquitted” along with a few photos of her arrest.

Sahouri testified that she repeatedly stated she was a member of the press during the arrest.

“I didn’t think it was a good idea to run from officers because I wasn’t doing anything wrong,” she said. “I put up my hands and said, ‘I’m press, I’m press,’ and he grabbed me and pepper-sprayed me and told me, ‘That’s not what I asked.'”

“We thank the jury for its time and thoughtful consideration of Andrea’s case. We are grateful that the jury saw this case as the unjust prosecution of a reporter who was doing her job. Newsgathering is a fundamental part of press freedom. Reporters need to be at protests as the public’s eyes and ears, to conduct interviews, take photos and witness for themselves the actions of protesters and law enforcement. If reporters are arrested and hauled away from protests, that denies people the right to know what’s going on in their community,” said Carol Hunter, executive editor of the Des Moines Register, in a statement provided to TheWrap.

“We are very grateful that justice was done today, and that Andrea was fully exonerated. But it should never have come to this. It was clear Andrea was at that protest as a working journalist. It was clear that police were allowing other journalists to do exactly what Andrea was doing that day — reporting from a breaking news scene. Andrea was assaulted, arrested, charged and ultimately tried for doing her job. Today’s victory was as much a victory for the First Amendment as it was for Andrea,” added Maribel Perez Wadsworth, president of news for parent company Gannett Media.