Netflix has released the official trailer for the upcoming musical film “tick… tick… BOOM!,” which stars Andrew Garfield as “Rent” creator Jonathan Larson. Lin-Manuel Miranda makes his directorial debut with the film, which is based on Larson’s autobiographical musical of the same name and was scripted by Tony Award-winning “Dear Evan Hansen” writer Steven Levenson.

The story takes place in 1990 New York City, where Larson is writing and readying a showcase of his work, feeling pressure from all around him to do something great with the time he has on Earth. Indeed, there’s a tinge of melancholy throughout, as Larson tragically passed away the day of the first off-Broadway preview performance of “Rent.” The show would go on to become legendary, even though Larson didn’t live to see his great work recognized.

The trailer showcases Garfield’s emotional lead performance and doesn’t hide the fact that this is a full-on musical, in contrast to some other recent films of its ilk. Eyes will certainly be on how audiences respond to this film given the recent box office disappointment of “Dear Evan Hansen,” but of course, the Netflix of it all makes gauging the film’s success harder to publicly track. 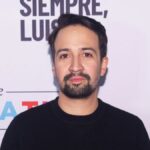 Check out the new trailer for “tick… tick… BOOM!” above, and listen to Garfield’s full performance of the song “30/90” right here. The film opens in select theaters and on Netflix on Nov. 19.