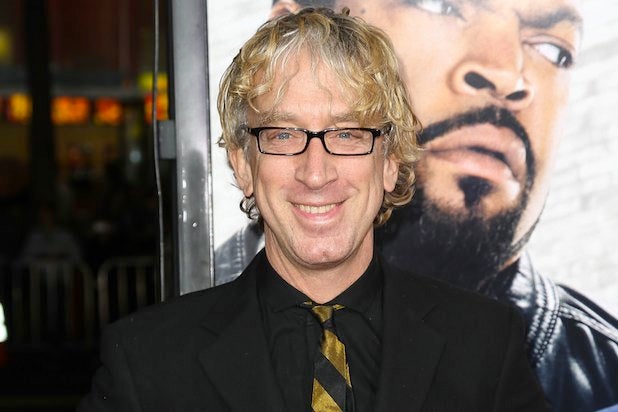 Andy Dick has been caught acting like his last name again.

The comedian and actor, best known for MTV sketch show “The Andy Dick Show” and ’90s sitcom “NewsRadio,” was taken into custody by the Los Angeles Police Department on Friday night on suspicion of grand theft in Hollywood.

The LAPD would not release any other details, however, TMZ reports that a man accused Dick of stealing a necklace from him on Hollywood Blvd.

Dick was allegedly riding his bike when he approached the man and asked to see the chain around his neck, then he took off.

Dick’s lawyer has not yet responded to TheWrap‘s request for comment.

The comedian who competed on Season 16 of “Dancing with the Stars” is no stranger to brushes with the law after exhibiting strange behavior. In 2010, West Virginia police took him into custody for groping two men’s genitals at a bar. The same year, he was accused of rubbing his namesake against a fan’s face after a comedy show.

Dick continues to appear in film and television productions. Most recently, he had a small role in SyFy’s “Sharknado 2: The Second One.”