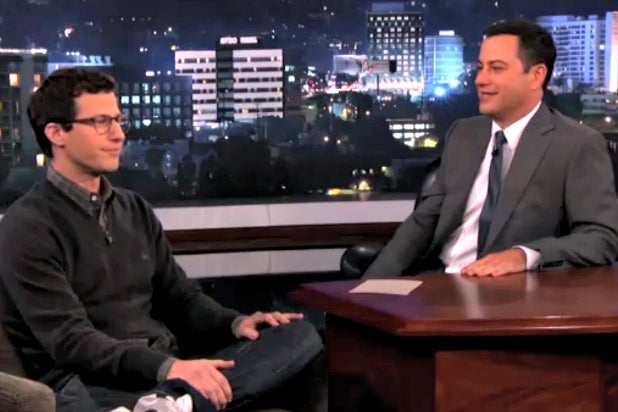 Andy Samberg explained the Yom Kippur holiday to Jimmy Kimmel like this: “It’s like the opposite of a party.”

The “Brooklyn Nine-Nine” star is Jewish, but not Jewish enough to have a Bar Mitzvah, he said on “Jimmy Kimmel Live” Monday. As a child, Samberg’s father gave him a choice: He could spend a Saturday celebrating his becoming a man, or he just could continue playing soccer.

In reality, Samberg says he was not really given an option by his soccer-ball clutching dad, who coached the team.

Kimmel host asked Samberg if he thinks that was a monetary decision by his parents, to which the comedian replied, “I think he was just really into youth soccer.”