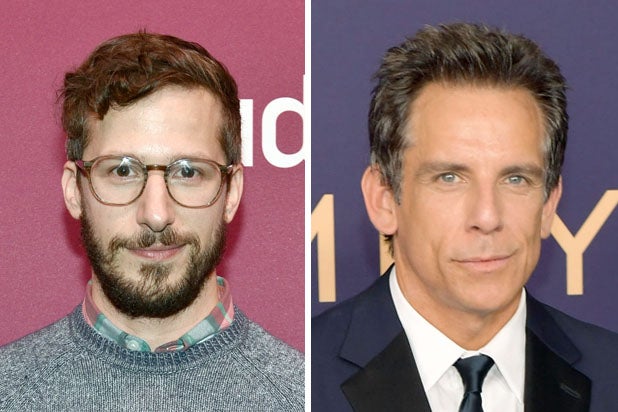 Andy Samberg will star in and produce an untitled sci-fi and comedy that Apple has acquired in a bidding war and that also has an impressive array of producers attached, including Ben Stiller and Noah Hawley, an individual with knowledge of the project told TheWrap.

Andy Siara, who wrote Samberg’s “Palm Springs” from 2020, will write the screenplay, which is based on an original idea by “Bojack Horseman” creator Raphael Bob-Waksberg.

The logline is being kept under wraps, and the film is currently in development. No director is attached, but the team hopes to find a director in the coming months.

Samberg and Bob-Waksberg will produce, as will Hawley and Dan Seligmann for 26 Keys, Stiller and Nicky Weinstock for Red Hour. Jackie Cohn and Siara will executive produce.

Samberg and Siara’s “Palm Springs” fetched a record sale at Sundance last year and was one of Hulu’s most-watched films in its history. It recently picked up some prizes at Sunday’s Critics Choice Super Awards, including for Best Science Fiction/Fantasy Movie and for Samberg and his co-star Cristin Milioti in the acting categories.