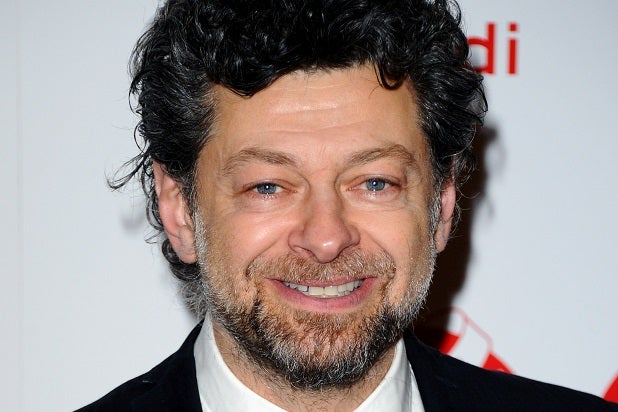 Andy Serkis will receive the Vanguard Award at this year’s CinemaCon, the National Association of Theater Owners’ annual convention, the group said Tuesday.

The event will be held March 24-27 at Caesars Palace in Las Vegas.

Serkis, who will next be seen in Fox’s “Dawn of the Planet of the Apes” on July 11,  is best known for his groundbreaking role as the Gollum in the “Lord of the Rings” movies.

“Simply put, Andy Serkis is a genius in our magical world of the movies. When it comes to ‘performance capture’ he has no equal and has pioneered an art form that has changed the world of acting,” said Mitch Neuhauser, managing director of CinemaCon.

“While he may in his own way be Hollywood’s best kept secret, legions of fans around the world have been captivated and mesmerized by Andy in having created such memorable characters as King Kong, Gollum and of course, Caesar in the ‘Planet of the Apes’ franchise,” Neuhauser said.

Serkis will receive his honor at the closing night gala on Thursday, March 27.