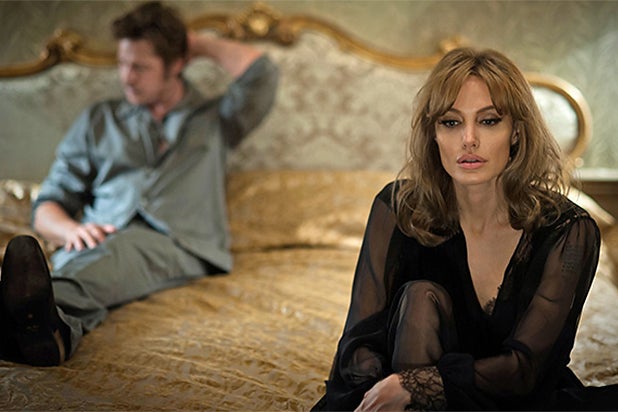 Brad Pitt and Angelina Jolie are finally sharing the big screen together again, and now EW has revealed the first images from that effort, “By the Sea.”

The film is set in the 1970s and follows former dancer Vanessa (Jolie) and American writer Roland (Pitt), a married couple who drift apart in their travels but find renewed passion when they linger on a small island inhabited by eccentric residents.

“I chose to set ‘By the Sea’ in the 1970s, not only because it is a colorful and alluring era, but because it removes many of the distractions of contemporary life and allows the focus to remain squarely on the emotions that the characters experience in their journey,” Jolie, who wrote the script and is directing, said in a statement to EW.

The film began shooting in Malta on Sept. 8, and will continue through mid-November. Universal has picked up distribution rights, though no release date has been set yet.