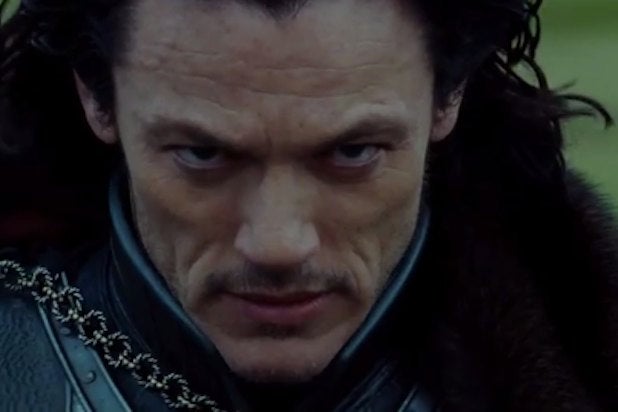 Universal Pictures and Legendary Pictures are moving up “Dracula Untold” by one week to Oct. 10 from its original Oct. 17 date.

The genre film, which is hardly a horror movie, was slated to go to war with Brad Pitt‘s “Fury” and the Nicholas Sparks adaptation “The Best of Me.” “Fury” will use its macho tank gun to target male audiences, while “The Best of Me” aims to corner the female market. “Dracula” also would’ve had to contend with critical juggernaut “Birdman,” the nationwide expansion of Jason Reitman‘s “Men, Women & Children” and Fox’s animated movie “The Book of Life.”

With Universal and Legendary’s smart decision to move “Dracula” to Oct. 10, the film will face easier competition including the Robert Downey Jr. drama “The Judge,” the Jeremy Renner thriller “Kill the Messenger” and Disney’s family film “Alexander and the Terrible, Horrible, No Good, Very Bad Day.” None of those films are expected to rely on courting the same audience that the action-adventure movie “Dracula” appeals to.

Gary Shore directed “Dracula Untold,” which is an origin story starring Luke Evans as a warrior king and Dominic Cooper as his nemesis. Michael De Luca produced the film, which will be released in all formats including IMAX and is not part of Universal’s Monster Movie Universe.