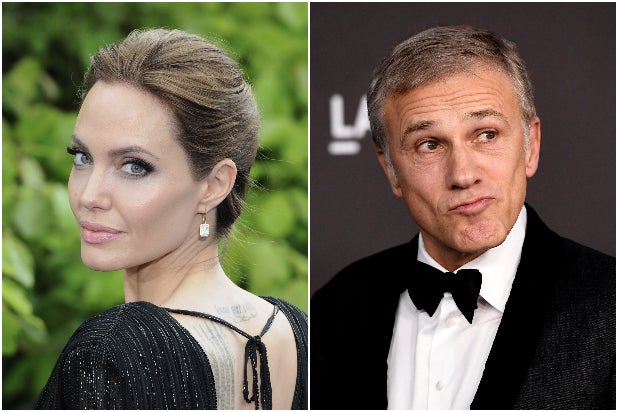 Angelina Jolie and Christoph Waltz are in talks to star in “Every Note Played,” a music drama for which STXfilms has just acquired worldwide rights.

Michael Sucsy (“The Vow,” “13 Reasons Why”) is attached to direct the film that’s based on the most recent book by “Still Alice” author Lisa Genova. And the book was optioned and adapted into a screenplay by Monet Clayton and David Mandell, whose script landed at #1 on the Black List.

“Every Note Played” follows a world-renowned concert pianist and composer on the verge of creating his magnum opus. When he receives a life-changing diagnosis, his estranged ex-wife takes up the cross of caring for him, and he is forced to balance reconciling his failed relationships with redefining his pursuit of greatness.

Jolie most recently starred in “Maleficent: Mistress of Evil” and in the family film “Come Away” that premiered at Sundance. She’ll next be seen in Marvel’s “Eternals.” She is represented by WME.

Waltz will reprise his role as Blofeld in the 007 movie “No Time To Die” and in Wes Anderson’s “The French Dispatch,” and he’ll next star in Charlie McDowell’s “Gilded Rage.” He is represented by ICM.