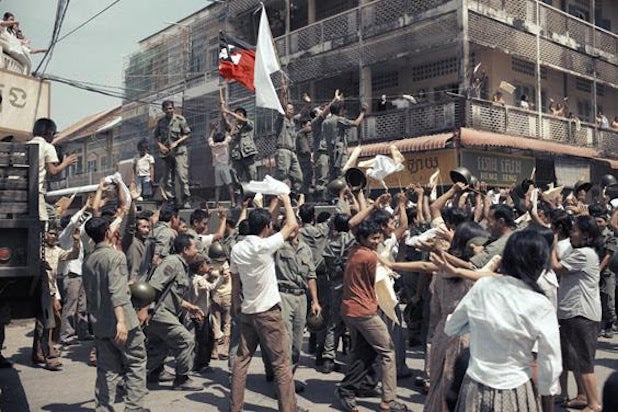 Following standing ovations and rave reviews out of the Telluride Film Festival, Angelina Jolie’s “First They Killed My Father” will open theatrically on September 15 in the top 10 markets, the same day that  launches globally on Netflix.

Before that,  is set to screen at the Toronto International Film Festival on Monday. On Sunday, Jolie joined TIFF’s Artistic Director Cameron Bailey on stage for an “In Conversation Wh…,” discussing her career and the film.

“First They Killed My Father” will open in the following theaters:

This is a big move for Netflix, given that most theater chains had refused to screen Netflix’s “Beasts of No Nation” in 2015 when announced a day-and-date release. iPic screened “The Ltle Prince” in s theaters last year, and later inked a deal wh the streaming platform to release s films in theaters on the same day they are made available online.

Wh more theater chains agreeing to screen a Netflix film via a day-and-date release, Netflix might have finally found a partner that theater owners can’t say no to.

Jolie directed the film adaptation of Cambodian author and human rights activist Loung Ung’s memoir of surviving the deadly Khmer Rouge regime from 1975 to 1978. The story is told through her eyes, from age five, when the Khmer Rouge came to power, to nine years old.