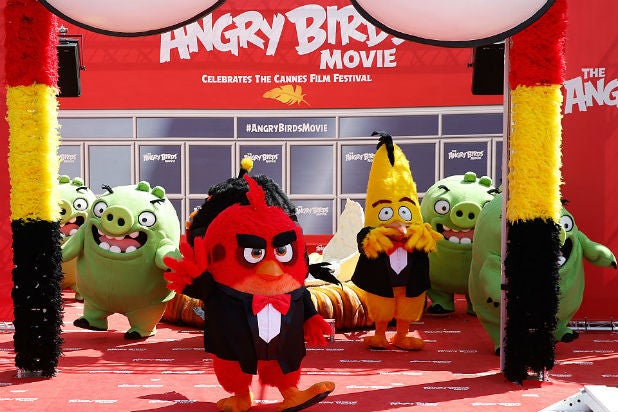 While “The Angry Birds Movie” opened with an impressive $38.2 million at the domestic box office, creator Rovio Entertainment has far to fly to achieve its long-stated promise to Hollywood and Silicon Valley of becoming the next Walt Disney Studios.

Since the December 2009 release of its global best-selling game, the Finnish Rovio has consistently and publicly used Disney as a blueprint, despite a lack of diverse IP and declining sales in key areas like merchandise that are essential to an entertainment giant.

Sony Pictures released “The Angry Birds Movie” in North America, but Rovio covered the $73 million production cost and a $100 million studio tab for marketing. The animated adventure, featuring the voices of Jason Sudeikis and Maya Rudolph, has made an impressive $150 million at the international box office, on par with what family fare usually earns.

The windfall could not come sooner for Rovio, which has shown serious stability issues in recent years.

Revenue in 2015 was down 10 percent from the previous year’s $169 million, according to the Wall Street Journal, which was blamed on the movie’s production budget. But the earnings were also down from 2013’s $194.3 million.

Merchandise sales for items like toys, backpacks and a book series plummeted to $44 million in 2014 from $75 million in 2013. Rovio also laid off more than one third of its reported 700-person staff last year.

“They’re at over 2 billion downloads. When it comes to the health of Angry Birds game franchise, it’s great, but they certainly have their challenges,” Fabien-Pierre Nicolas, Vice President of Marketing and Communications at mobile applications analyst AppAnnie, told TheWrap.

Still, the company achieved high visibility for its first venture into feature films. As Exhibitor Relations Senior Analyst Jeff Bock put it, “If it’s in McDonald’s happy meals, you can’t ask for a better product placement.”

And outside promotional partners like the fast food giant and Ziploc helped elevate the overall marketing spend on the movie to close to $400 million, according to the L.A. Times.

But while Rovio scored a No. 1 hit movie, there are few signs that the company has any other hot games to load into its slingshot to create additional movie or TV hits.

“Nothing else they have is breaking the threshold of 100 million downloads, right now at least,” Nicolas said, noting that the company lacks intellectual property both internally and with its Rovio Star unit, a  branch at the company that seeks games from third-party producers to distribute.

Rovio CEO Pekka Rantala directly tied the future of the company to the success of “The Angry Birds Movie” — with hopes that it would increase game downloads as well as merchandise sales.

But while the movie opened above analysts’ expectations, its performance paled in comparison to those of animated hits from Disney-Pixar or Illumination or DreamWorks Animation. Warner Bros.’ 2014 blockbuster “The Lego Movie” launched a new toy-based movie franchise with an impressive $70 million opening on its way to a $470 million worldwide haul.

And unlike Legos, which are a childhood perennial, the Angry Birds game may be more of a fad — with its peak popularity in the rear-view mirror.

“Angry Birds is well past its prime in terms of people playik said. “Two years ago, we could’ve been talking a $60-$70 million opening, but it’s still geared towards kids and they will go see it. It’s not going to cross over like a Pixar or DreamWorks film that have a track record for crossing over.”

The analyst insists that “The Angry Birds Movie” will have a respectable run until a big-budgeted, star-packed family adventure arrives: “Alice Through the Looking Glass.” That movie, coincidentally, is from Disney — and Rovio has a far, far way to fly to catch up to them.