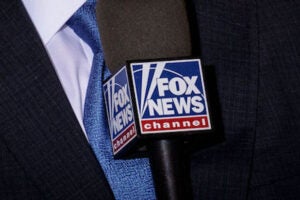 That’s one of the takeaways from the latest findings of the survey conducted by The Hollywood Commission, which is chaired by Anita Hill and founded by lawyer Nina Shaw and Lucasfilm’s Kathleen Kennedy. Just under half (49%) of the survey’s 9,630 respondents of current and former industry workers said they believed that diversity and inclusion are core values to the entertainment business.

Specifically, 61% of men thought diversity and inclusion were important, core values to leaders in Hollywood, while only 42% of white women, 38% of women of Hispanic, Latino or Spanish origin and 27% of Black women held the same belief. Men in particular – three quarters – think that the industry has seen significant progress in welcoming people of diverse backgrounds, experiences and perspectives, while only 63% of women feel enough progress has been made.

The findings of The Hollywood Commission’s latest report — the second of five separate reports of survey results it will release this year — were focused on bias and unfair behavior in entertainment as it pertains to sexual harassment and abusive power dynamics.

“Research clearly shows that diversity and inclusion is not only the right thing to do, it is good for creativity, productivity and the bottom line,” Hill said in a statement. “The entertainment industry has the unique potential to tell the stories of today’s richly diverse world. But to get there, the barriers to underrepresented people being valued and in ‘the room where it happens’ must be eliminated. And once they do get into ‘the room where it happens,’ they must not be the only one.”

The Commission found that women across all demographic memberships were roughly twice as likely as their male counterparts to experience every form of biased or unfair behavior. Women of color experienced even higher rates of bias than their white counterparts, with 30% of biracial or multi-racial respondents saying they were denied opportunities because of their race. What’s more, disabled individuals were nearly twice as likely to be biased against compared to bias experienced by able-bodied people.

Black women or biracial women who responded to the survey also frequently reported that they were told they were token hires, something they experienced three times more often than white women.

In addition to the 9,630 respondents to the survey, over 3,000 of those respondents also wrote detailed narrative answers detailing their experience with bias on set or in the workplace.

“Hollywood has an insidious problem with both sexual harassment and discrimination. Racial discrimination and racist behaviors and beliefs are ingrained in the business, from casting on down,” one respondent said. “Most white writers will never identify race in scripts, save for non-white characters. The assumption becomes every character is white unless otherwise noted.”

“Racism in writers’ rooms is an epidemic and it often happens on the most ‘diverse’ and ‘inclusive’ shows. Jobs are so hard to get it’s nearly impossible to report racism because it usually comes from the EPs and showrunners,” another said. “There needs to be a #MeToo movement for racism in writers’ rooms. Many of us have discussed it, but we are too afraid to report it.”

In response to the second report, the Commission gave a handful of recommendations on how to close gaps in awareness and provide tools to address behaviors in the workplace. Among them, industry leaders should:

The Commission also previously announced its plans to pilot a bystander intervention training program, training 450 entertainment workers who will train other employees on how to appropriately intervene and respond should they witness workplace misconduct or instances of bias and discrimination.

The Hollywood Commission over three months between Nov. 2019 and Feb. 2020 conducted an anonymous survey of entertainment industry workers, and last week it released the first report focused on accountability. It found that two-thirds of respondents think there’s little or no accountability for powerful people who sexually harass or abuse subordinates. The other reports will focus on bullying, progress made since #MeToo and an overall report on recommendations for how industry leaders can move forward.

The Commission also unveiled that it would launch a technology reporting platform for victims of abuse to identify repeat offenders in the industry. You can read more about the findings of the first report here, details on the Commission’s actions here and the full report on accountability here.

TheWrap also spoke in conversation with both Hill and Shaw about the overall findings of the survey, which you can read here.