Anita Hill’s Hollywood Commission has been working tirelessly to protect workers from issues of misconduct at major studios and companies across the entertainment industry, but their latest effort turns attention to the independent production companies where resources are slim and oversight is harder to control.

The Hollywood Commission, which is chaired by Hill and founded by Kathleen Kennedy and Nina Shaw, notes that many of the industry’s independent production houses are often small in size and lack adequate resources or internal expertise to put systems in place that prevent workplace misconduct. What’s more, victim reporting options at these companies are very limited, and the only place victims have to report their complaints could be to their abuser.

But based on data from the commission’s survey of entertainment workers, many who work on smaller productions were less likely to report egregious forms of sexual harassment or abuse than those on larger productions. They were also less likely to know about existing resources to address workplace conduct or didn’t see accountability if they did report it. 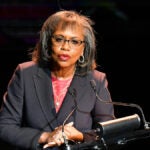 The commission now plans to launch a third party pilot program in partnership with the Coalition of Immokalee Workers, which is a human rights organization that’s been heralded for its efforts in preventing sexual violence in the agriculture industry. They looked to large distributors to use their buying power pressure to make sure workers on farms have the right to be free of sexual assault, harassment and retaliation. And in 2011, the CIW created the Fair Food Program, which addressed abuses endured by farmworkers and helped to transform conditions for 35,000 workers across seven states.

The program helped to eliminate longstanding abuses of sexual violence, forced labor, wage theft, discrimination and more mistreatment. CIW’s Fair Food Program was given the Presidential Medal of Freedom by President Obama in 2015, a MacArthur “Genius” award in 2017 and was named by Harvard Business Review as one of the “15 most important social-impact success stories of the past century.”

“There are myriad lessons for Hollywood to glean from the approach, execution and success of CIW and the Fair Food Program in eradicating sexual harassment from an industry devoid of accountability and rife with abuse,” Hill said in a statement. “Building on the existing work of the Hollywood Commission, this partnership will help us create a blueprint to address and prevent misconduct in independent production companies, and ultimately, we hope, forge a safer and more equitable workplace environment in Hollywood.” 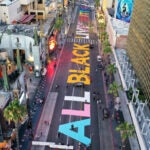 “Although each sector is unique, sexual harassment and bullying in the workplace are universal problems that share the common denominator of power imbalance,” former New York State Supreme Court judge Laura Safer Espinoza, executive director of the Fair Food Standards Council, added. “Through our work over the past decade, we have proven that an interconnected system of transparency, worker empowerment, and reliable enforcement can bring about true accountability and transform an industry from the ground up. We look forward to partnering with the Hollywood Commission to explore how these lessons can be effectively applied to address the specific needs of vulnerable workers in the entertainment industry.” 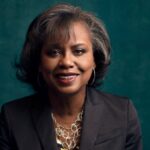