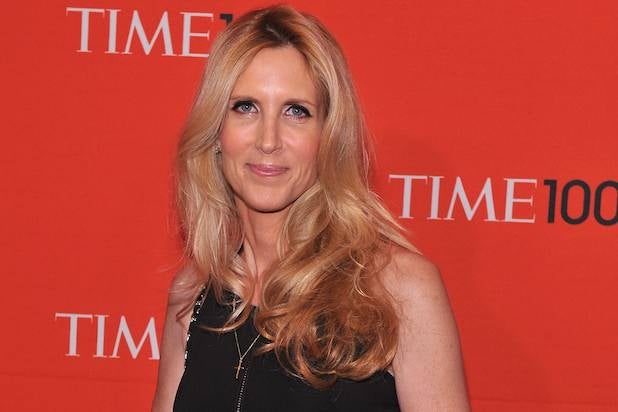 Ann Coulter is aware of the “hissy fit” that soccer fans threw about her recent column “America’s Favorite National Pastime: Hating Soccer,” but she isn’t phased.

The conservative pundit, and her superhuman ability to turn anything into an argument that liberals suck, appeared on Sean Hannity‘s Fox News program on the eve of the United States’ World Cup match against Belgium on Tuesday. She stuck by her position that soccer is boring, unpatriotic and “a sign of moral decay.”

“My critics have apparently tried to persuade me that soccer is a macho game by throwing one week of hissy fits over my column,” Coulter said, appearing via satellite from France.

“We’re all on tenterhooks  worrying about what’s going to happen in the big Germany-Algeria game,” Coulter said sarcastically. “The Russia-Algeria game ended with an exhilarating 1-1 tie … it’s a really thrilling game.”

Coulter argued that soccer is only appealing to immigrants, not real Americans, who she defines as people born on American soil.

“If more ‘Americans’ are watching soccer today, it’s only because of the demographic switch effected by Teddy Kennedy’s 1965 immigration law,” Coulter wrote. “I promise you: No American whose great-grandfather was born here is watching soccer.”

Before shifting to more important political matters at hand, Hannity said he found the country’s reaction to her column “very entertaining.”

“You really struck a chord here. But I’m with you. I’m not a big soccer fan,” Hannity said. “Unless it’s a shootout, it’s kind of monotonous watching guys run up and down the field.”