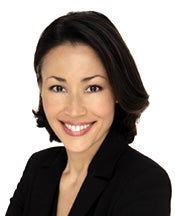 Ann Curry, who might be one of the nicest people I’ve ever met in media, gave the commencement address at Wheaton College over the weekend. Like any commencement speaker worth his or her salt, the NBC News and “Today” show star did her anecdotal homework on the school.

The problem was, there are two Wheaton Colleges – one in Massachusetts, the other in Illinois.

But Wheaton (the Massachusetts one) did Curry a favor, scrubbing the phantom grad references out of the transcript and video or her speech posted on the school’s Web site.

In response, Curry penned this open letter of apology to Wheaton grads:

Wheaton’s 2010 graduation ceremony this past Saturday was the most delightful I have ever experienced, as the warmth the students showed for their faculty and for each other was so overwhelming it was felt even by me, an outsider.

So it is with a heavy heart that I ask you to forgive me for mistakenly naming graduates of the other Wheaton College in my address.

I am mortified by my mistake, and can only hope the purity of my motive, to find a way to connect with the graduates and to encourage them to a life of service, will allow you to forgive me.

But whether or not you can, I want you to know that my brief visit left me deeply impressed with the quality of Wheaton.  It was evident in the confidence of your graduates as they collected their diplomas, that they have been exceedingly well nurtured.  And even with my blunder, the students were also gracious enough to react with a standing ovation.   Now THAT is good manners.

Katie Couric to College Grads: ‘Clean Up Your Facebook Page’