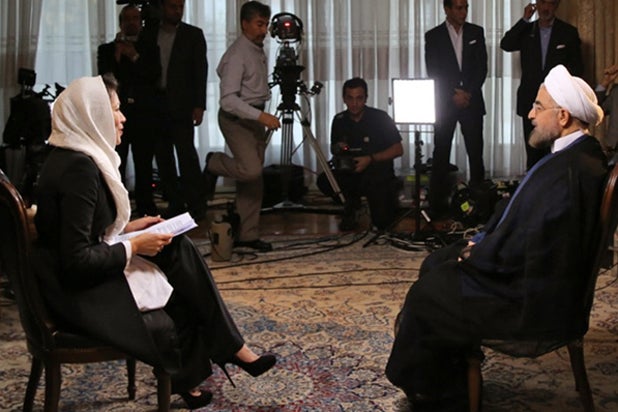 Curry spoke with the newly-elected leader in his presidential compound in Iran on Wednesday morning. Rouhani’s predecessor, Mahmoud Ahmadinejad, had frosty relations with America and many other Western countries, to say the least. It seems that Rouhani is prepared to change that.

Rouhani told Curry that he and President Obama have exchanged letters since he took office, which the former cleric described as “positive and constructive.”

“Do you see it as a foundation?” Curry asked.

“Well, it could be subtle and tiny steps for a very important future,” Rouhani said. “I believe the leaders in all countries should think in their national interests and that they should not be under the influence of pressure groups. I hope to witness such an atmosphere in the future.”

CNN will also interview Rouhani, with its chief international correspondent Christiane Amanpour set to speak to Iran’s president when he arrives in the United States to address the United Nations General Assembly. CNN touted its Rouhani get as the exclusive first interview with the leader on US soil, which is impressive … just not as much as NBC’s.