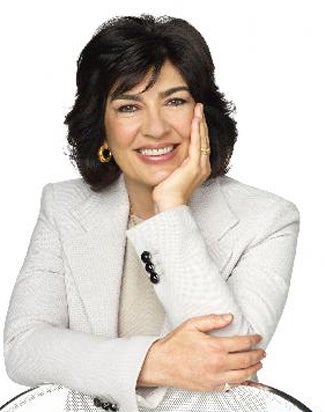 CNN’s chief international correspondent Christiane Amanpour will interview newly-elected Iranian president Hassan Rouhani while he is in New York to make his first speech to the United Nations General Assembly, the network announced on Friday.

The interview will be Rouhani’s first in the United States. The General Assembly begins September 17.

Amanpour, who was raised in Tehran, hosts CNN International’s nightly world affairs show “Amanpour” and has been the station’s chief international correspondent since 1992, with a short break in 2010 when she began her short-lived anchorship of ABC’s “This Week.”

Rouhani won the Iranian elections in June and assumed office on August 3, replacing Mahmoud Ahmadinejad. A 65-year-old cleric who campaigned on a moderate platform preaching “hope and prudence.” His presidency is expected to be markedly different from his predecessor Mahmoud Ahmadinejad’s, which was marked by controversy and accusations of human rights abuses.

Also read: Syria Crisis: How the Networks Are Covering

Ahmadinejad’s addresses to the U.N. General Assembly often sparked controversy. He called Israel a “fake government” and the 9/11 terrorist attacks a government conspiracy, prompting several delegates to walk out during his speeches.

CNN told TheWrap it is not yet sure when the interview will air.