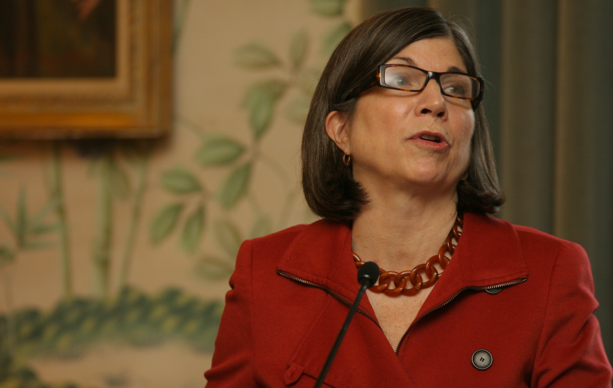 Pulitzer Prize-winning columnist Anna Quindlen took aim at her former colleague, ex-New York Times columnist Bill Keller over a controversial column about a woman with cancer that raised a storm of criticism among readers.

Speaking at an event to promote her new novel, “Still Life With Crumbs,” Quindlen responded to an audience question about Keller by saying she was “made uncomfortable” over the fact that Keller and his wife Emma Gilbey Keller wrote about “the same subject, the same woman.”

Quindlen said she was further bothered about whether the cancer patient in question, Lisa Bonchek Adams, knew that Keller had written her on the record “or an on-background level” in their email conversation about how Adams has chosen to combat her cancer.

Mainly, Quindlen said, she never advocated pulling punches for the powerful. “But for people who are vulnerable, who are not used to being in the public eye, I tried to take good care,” she said. “My concern with that situation with both Bill and Emma was I wondered whether they’d taken good care.”

Quindlen is a best-selling novelist and a former New York Times and Newsweek columnist. Keller is a former executive editor of the paper, and was a columnist as well.

Keller quit the paper earlier this month to run a non-profit news group, barely a month after his column about Adams questioned her choice to adopt “heroic measures” to fight a terminal disease to the last moment.

“As cancer experts I consulted pointed out, Adams is the standard-bearer for an approach to cancer that honors the warrior, that may raise false hope,” he wrote.

Quindlen was questioned by an audience member about the controversial column after an on-stage interview about her new novel, “Still  Life With Crumbs,” at a Santa Monica event in the LiveTalks speaker series.

Along with numerous readers and columnists who called Keller’s column insensitive, the Times’ public editor Margaret Sullivan criticized the column for having problems of “of tone and sensitivity.” Sullivan said that Keller’s comments suggested he “didn’t make a full effort to understand the point of view of the person he’s writing about on the very big and public stage that is The Times.”