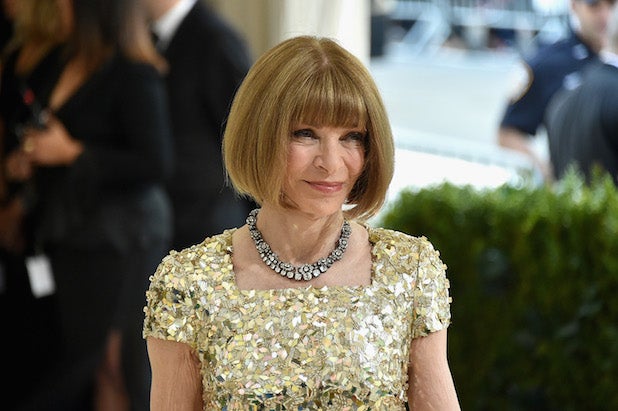 Vogue editor in chief Anna Wintour on Tuesday defended the cover of the magazine’s February issue, which features a photo of Vice President-elect Kamala Harris that was absolutely torn apart online.

“I think the fact that the cover itself is so charming and so relaxed — and for me, so surprising and so real — and as I listen to the president-elect and the vice president-elect talk about empathy and unity and bringing people together, to me, this cover symbolizes that,” Wintour told Kara Swisher. “I feel it’s a very welcoming image.”

Wintour pointed out that the cover was shot by Tyler Mitchell, the same photographer who produced the highly praised (and controversial) image of Harry Styles in a Gucci dress for the magazine’s December cover. Wintour also noted Harris wore her own clothes for the shoot and “looks fantastic.”

The photo used for the issue that subscribers are receiving this week is not the one agreed upon by the magazine and the politician’s team, which came to light after the picture — showing a relaxed Harris wearing Converse sneakers in front of a background featuring her sorority colors — was roundly criticized on Twitter.

On Saturday, Huffington Post contributor Yashar Ali reported on Twitter that Harris’ team and the Vogue team, headed by Wintour, had mutually agreed upon a waist-up image of Harris in a powder blue suit with an orange background. While that image will be used as the cover for the digital version of the issue, the one selected for the print edition is the full-body image of Harris in a black blazer, jeans and sneakers. Ali said it’s standard for fashion magazines to mutually agree with their subjects upon which photos will be used for print, and that members of Harris’ team felt “blindsided.”

In a weekend statement, Vogue said the print cover image was chosen as a celebration of Harris’ approachable nature as a political figure: “The team at Vogue loved the images Tyler Mitchell shot and felt the more informal image captured Vice President-elect Harris’s authentic, approachable nature – which we feel is one of the hallmarks of the Biden/Harris administration. To respond to the seriousness of this moment in history, and the role she has to play leading our country forward, we’re celebrating both images of her as covers digitally.”

An individual at Vogue with knowledge of the shoot also told TheWrap that the magazine did not negotiate cover image approval with Harris or her team.

See the Vogue cover in question below.

But according to a source familiar with the publication plans, this is not the cover that the Vice President-elect's team expected pic.twitter.com/lBC9DnfYNC