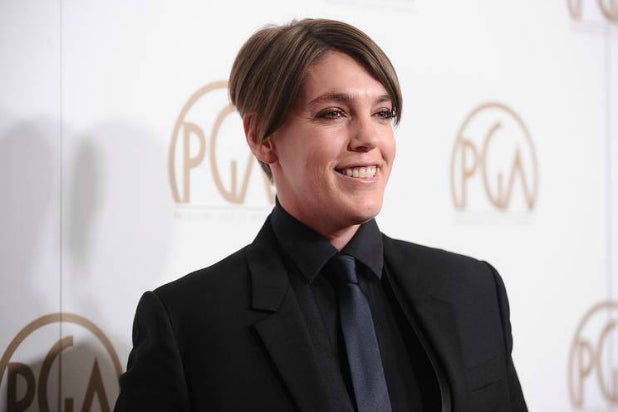 Annapurna Pictures, the boutique film and TV studio started by Oracle scion Megan Ellison, has run into financial difficulties that on Tuesday resulted in the exit of its film division head and the announced jettisoning of two upcoming films with marquee talent, multiple individuals told TheWrap.

Ellison is “reevaluating” the studio’s film division and is expected to take a more active role in day-to-day development and production after a rocky 18 months that included Kathryn Bigelow’s “Detroit” and the modest indie hit “Sorry to Bother You,” one insider said.

According to at least two individuals close to Annapurna, Ellison’s father, Oracle co-founder Larry Ellison, is balking at any further investment in the studio after an initial outlay by him and his daughter of more than $200 million.

“These are unfounded rumors. Everything is business as usual,” a spokesperson for Annapurna told TheWrap. Larry Ellison did not immediately respond to a request for comment.

The new developments, including Chelsea Barnard’s exit as president of film, come at least three months after the departure of company president Marc Weinstock and CFO Josh Small. Many in Hollywood considered their sudden exits a warning sign of internal troubles.

The studio has produced or co-produced many prestige projects that have won accolades — from Paul Thomas Anderson’s “The Master” to Kathryn Bigelow’s “Zero Dark Thirty” to David O. Russell’s “American Hustle” — but insiders say that Ellison has overspent on many of them.

The challenges have been exacerbated by Annapurna’s decision to launch its own distribution division last year instead of working with the majors as co-producers and distribution partners and spreading the risk.

“Detroit,” a prestige 2017 project by Oscar-winning director Kathryn Bigelow, cost $40 million, but made only $16 million at the box office and lost the company tens of millions of dollars after a major marketing spend, according to two knowledgeable individuals.

Also Read: Jennifer Lopez's 'The Hustlers at Scores' in Talks to Move to STX Entertainment After Exiting Annapurna

The Western drama “The Sisters Brothers,” starring John C. Reilly and Joaquin Phoenix, was released last month and has so far taken in just $730,000, according to BoxOfficeMojo. An insider said the studio paid roughly one-fifth of the film’s $38 million budget — at least $7.5 million — for North American rights, not including marketing costs.

The studio’s anticipated December release “Vice,” about Dick Cheney, cost a bloated $60 million to produce. Knowledgeable sources said the movie should have been made for half that amount. The studio declined to comment on the budget.

“There is a financial issue going on,” an individual with knowledge of the studio told TheWrap. “Her dad has put a lot of money into the company and I don’t think he wants to support her behavior and what’s been going on. There are restraints — the money is not flowing.”

On Tuesday, the company abruptly announced it was unloading a star-studded Jay Roach movie about Fox News founder Roger Ailes that was three weeks away from starting production, as well as Jennifer Lopez’s exotic dancer film “The Hustlers at Scores,” the latter picked up by STX Films.

An insider told TheWrap that there were budget issues involving the Roger Ailes film, but another individual with knowledge of the project said that the company had approved a $35 million budget just one week ago. The film, which Canadian-based Bron Studios is expected to co-finance, will star John Lithgow as Ailes as well as Charlize Theron and Margot Robbie.

One insider familiar with Annapurna’s operations said that Ellison is focused on making passion projects without regard to the cost.

“She makes bad decisions,” the individual said. “She wanted to chase all these expensive movies that weren’t going to make money, and she said, ‘I don’t care whether they make money.’ That’s not how you run a company.”

Annapurna got into distribution in January of 2017 — at the time, the company was planning to become a full-fledged studio after six years focused solely on production.

Weinstock and Small departed over the summer, the latter to join Jason Blum’s Blumhouse. An insider said, “When the president and CFO leave at the same time… it’s not a good sign of what’s ahead.”

Another Annapurna insider insisted that the company didn’t have financial troubles and that Ellison is confident about her marketing and distribution teams despite an acknowledgement that the film division wasn’t working.

One bright spot in Annapurna’s future is the marketing and distribution deal announced earlier this year with MGM, which includes the North American rights to the eagerly awaited “Bond 25.”

In recent months, a number of indie film companies have either closed their doors or struggled to distribute films. Global Road filed for bankruptcy on Tuesday after Donald Tang struggled to raise enough capital to stay afloat.

Relativity Media filed for its second bankruptcy in May, and many of the films were up for grabs when the company first went under.

And even the growing STX Entertainment has experienced some market pressure and recent box office struggles, raising questions about the studio’s IPO: “The Happytime Murders” opened to a dismal $10 million, following underachievers such as Mark Walhberg’s “Mile 22,” which has pulled in $36.1 million domestically on a $50 million budget, and “Adrift,” which earned a modest $31 million on a reported $35 million budget, according to BoxOfficeMojo.

For the record: An earlier version of this story included an incorrect box office gross for “Mile 22.”