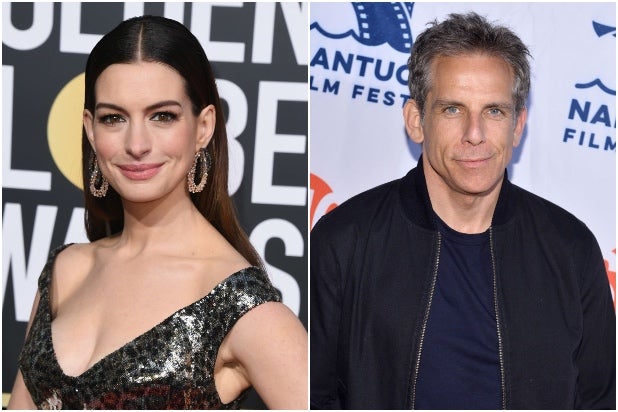 “Lockdown,” a heist film starring Anne Hathaway and Ben Stiller and directed by Doug Liman, has been acquired by Warner Bros. and the hope is the film will premiere on HBO Max as a Max Original in early 2021, an individual with knowledge of the deal told TheWrap.

The story is about a bickering couple (Hathaway and Ejiofor) that agrees to set their differences aside and attempt a high-risk, high-stakes jewelry heist at the world’s most exclusive department store, Harrods. The film was shot on location in London and at Harrods earlier this fall.

“Lockdown” heading to HBO Max follows the news that Warner Bros. would make “Wonder Woman 1984” available on HBO Max and in theaters day-and-date on December 25.

Liman’s next film “Chaos Walking” with Tom Holland and Daisy Ridley will also open early next year from Lionsgate, and he’s meant to be directing a film with Tom Cruise that will be shot in outer space along with the help of NASA and Elon Musk’s SpaceX.

For the record: A previous version of this story said that WarnerMedia acquired “Lockdown.” It was acquired by Warner Bros. Pictures.