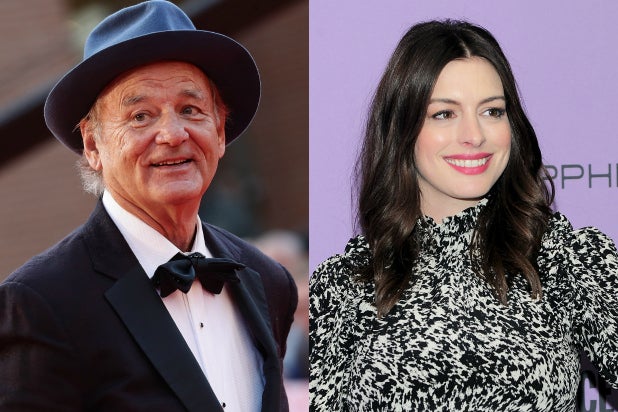 Robert Duvall is also in talks to join the cast of the film, for which C. Gaby Mitchell (“Get Low” and “Blood Diamond”) wrote the screenplay. The film will focus on the relationship between Pearl (Hathaway), a highly-skilled custom bootmaker, and a stray dog named Bum (to be voiced by Murray).

Sarah Green (“Loving,” “Mud”) will produce alongside Mitchell and Schneider. The film will be shot on location in Santa Barbara and New Mexico.

“I am so happy to reunite with my ‘Get Low’ collaborators Robert Duvall, Bill Murray and C. Gaby Mitchell and of course delighted to work with Anne Hathaway and Sarah Green. It’s a very special project and I’m thrilled to be a part of it,” Schneider said.

Green and Mitchell added: “We are all dog lovers on this team, and now more than ever we appreciate their value in our lives. We are excited to join forces with Rocket Science and CAA to bring this timely story to the world.”

Schneider most recently directed the Tom Hanks WWII thriller “Greyhound,” and his first feature, “Get Low,” was praised by critics and earned him the Independent Spirit Award for Best First Feature.