Anne Hathaway, Tahar Rahim, Marisa Tomei, Joanna Kulig and Matthew Broderick are set to star in “She Came to Me,” a romantic comedy from writer and director Rebecca Miller.

The film will be presented to international buyers by Protagonist Pictures at the Cannes Film Market later this month, and CAA Media Finance is handling North American rights.

“She Came to Me” is set in New York and follows a string of characters, including a composer suffering from writer’s block who rediscovers his passion after an adventurous one-night stand; a couple of gifted teenagers who fight to prove to their parents that their young love is something that can last forever; and a woman who seemingly has it all who has love arrive in the most unexpected places. 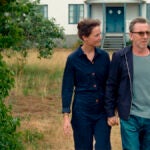 Killer Films’ Christine Vachon and Pamela Koffler are producing alongside Miller and Damon Cardasis from Round Films.

Filming hopes to begin this fall in New York. Alexandre Desplat is doing the score, and Kim Jennings is on board as production designer.

“After an incredibly difficult period in the world, we couldn’t be more excited to be producing Rebecca’s next film. Rebecca has created a hilarious, timely and uplifting New York story and we are thrilled to have such a uniquely talented cast join us on our journey,” the producers said in a joint statement.

“It is just fantastic to be working with Rebecca again and it is a testament to the strength of her much revered work that she attracts talent of this calibre. Tahar, Anne, Marisa, Joanna and Matthew depicting these universal experiences of love at all its stages, under different circumstances, gives this special film true global appeal, and we can’t wait to share with our international partners,” George Hamilton, head of sales at Protagonist Pictures, said in a statement.

Miller is the director of “Maggie’s Plan” with Greta Gerwig, Julianne Moore and Ethan Hawke. She has won the Sundance Grand Jury prize and has been nominated for an Independent Spirit, Gotham Award and Emmy.

Hathaway most recently starred in “The Witches” and “Locked Down” and will soon be seen in the “Sesame Street” movie and James Gray’s “Armageddon Time.” Rahim is known for “A Prophet” and “The Past” and most recently won awards buzz for “The Mauritanian.” Tomei last starred in “The King of Staten Island” and will return for the third “Spider-Man” film, “No Way Home.” Kulig made her mark in Pawel Pawlikowski’s “Cold War” and “Ida” and also stars on Netflix’s “The Eddy.” Broderick has recently appeared in the series “Better Things” and “Daybreak” and also appeared in the film “Lazy Susan.”