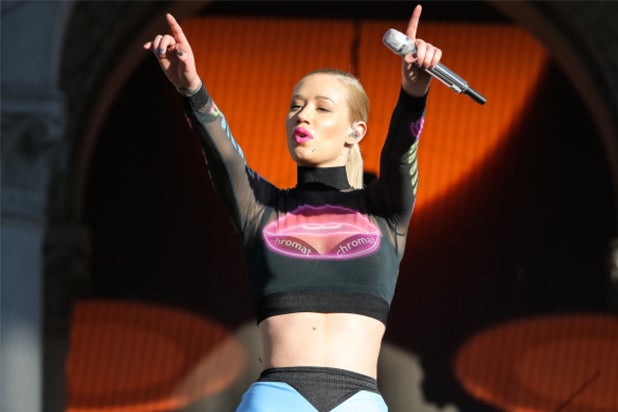 “We are shutting down @IGGYAZALEA’s show at USC- join us,” wrote Anonymous.

The group included the hashtags #LA and #ShutItDown, but didn’t offer any reason for why it hopes to disrupt her performance. However, the account did retweet several individuals who were openly critical of Azalea, including one from a user named @CassandraRules.

She published a collage of various alleged Azalea tweets, many of which carried offensive overtones and played on racial stereotypes or directly insulted the city of Los Angeles.

“We’re going to shut that shit down,” CassandraRules wrote as her caption.

All of this comes amid an ongoing Twitter feud between Azalea and rapper Azealia Banks. Banks accused Azalea of failing to speak up in regards to the unrest in Ferguson following Darren Wilson’s non-indictment and the newer controversy surrounding the death of Eric Garner.

Azalea’s response was less pointed: “Also try not to judge anothers support or ‘lack there of’ solely on if they have ranted on twitter about it, thats not right or helpful.”

Azalea’s camp has declined to comment on Anonymous’s threat to shutdown the concert, while representatives from the venue at University of Southern California have not yet responded to TheWrap‘s request for comment.

Read the tweets from Anonymous and CassandraRules: