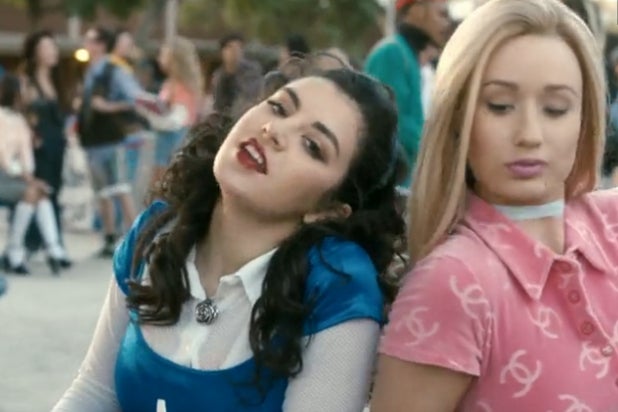 Katy Perry’s “Dark Horse” was a dark horse to top Vevo’s Top 10 list of most-viewed music videos of 2014, but it couldn’t beat out Meghan Trainor’s runner-up “All About That Bass” or Iggy Azalea’s first-place “Fancy.”

The Vevo list, released Wednesday, sees Taylor Swift’s “Shake It Off” making it all the way to No. 4, despite its late start in the calendar year. Nicki Minaj’s racy “Anaconda” video rounded out the Top 5.

To compile the list, Vevo ranked the videos that delivered the most 2014 U.S. views across its apps, Vevo.com and syndication web partners (AOL, Yahoo!, YouTube, etc.) through Nov. 30.