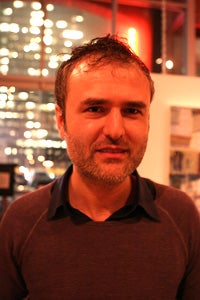 The New York Observer reports that Alex Pareene is jumping ship for Salon.com, where he’ll be writing for their “War Room” blog. (Accordiung to NYO, Pareene was hired by former Observer staffer and current Salon political editor Steve Kornacki.)

Pareene’s exit is the latest in a series of staffing changes at Nick Denton’s new media powerhouse.

In December, Richard Rushfield – who left the L.A. Times for Gawker – decamped for a startup. In February, Foster Kamer – Gawker’s weekend editor – moved to the Village Voice’s Runnin’ Scared blog.

That’s a lot of bloggy talent to desert Denton (or, in Snyder’s case, be shown the door) in a relatively short period of time. (Denton was not immediately available for comment.)

But before anyone starts up the “whither Gawker” meme, remember: this is an Internet company, perpetually in motion – at least in terms of staffing and "startup" vibe – and one that goes through plenty of turnover, usually around this time of year.