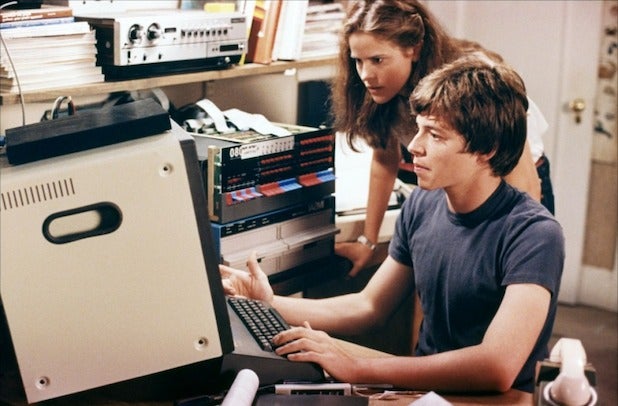 Dean Israelite (“Project Almanac”) is in final negotiations to direct the “WarGames” remake for MGM, which has Ansel Elgort and Tye Sheridan on its shortlist for the young male lead, an individual familiar with the project has told TheWrap.

MGM did not immediately respond to a request for comment.

Arash Amel is set to write the screenplay, which is expected to follow a teenage hacker who unwittingly sets off a virus bent on destroying the world’s computer systems.

Seth Gordon was previously attached to direct the remake, though he left the project several months ago to focus on Sony’s “Uncharted.” Israelite has been considered the frontrunner to take the remake’s reins since March, when TheWrap first inquired with his representatives and MGM.

Matthew Broderick and Ally Sheedy starred in the original 1983 movie, which was directed by John Badham.

Elgort and Sheridan are in high demand amongst Hollywood’s cadre of up-and-coming leading men following their star-making turns in “The Fault in Our Stars” and “Mud,” respectively.

Israelite’s “Project Almanac” was originally slated to open in February until Paramount delayed the film nearly a full year to January 2015. The director is represented by CAA.