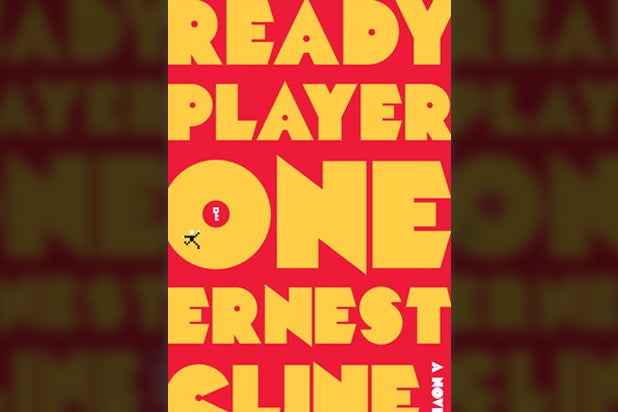 “Ready Player One” is a futuristic tale that follows teenager Wade Watts, who likes to escape the real world by logging into Oasis, a globally-networked virtual utopia where users lead idyllic alternate lives.

When the game’s eccentric billionaire creator dies, he offers up his fortune as the prize in an elaborate treasure hunt. Wade is pitted against powerful corporate foes and ruthless competitors who’ll do anything, in the Oasis and the real world, to reach the treasure first and win control of the Oasis.

Donald De Line and Dan Farah are producing the movie for Warner Bros., which acquired the novel in June 2010. Village Roadshow will co-finance and co-produce the movie with Warners, whose Jesse Ehrman will oversee the project for the studio.

Originally published in hardcover in August 2011, “Ready Player One” served as Cline’s first novel and landed on a number of noteworthy best-of lists that year. It has also become required reading for freshmen at several universities and for new employees at major companies such as Oculus and Zynga.

“Ready Player One” was initially adapted by Cline (“Fanboys”) as well as Eric Eason (“A Better Life”). Penn is a veteran “closer” who has been tasked with getting the script to a point where the studio can start going out to directors in the fall, as several high-profile filmmakers have already expressed interest in the project, especially in the wake of Facebook’s $2 billion acquisition of Oculus.

Cline and Penn recently struck up a friendship, with the author helping the screenwriter excavate a New Mexico burial site where Atari ditched its remaining stock of “E.T” video game cartridges.

Penn, who has story credits on “The Avengers” and “X2,” previously wrote “The Incredible Hulk,” “X-Men: Last Stand” and “Elektra.” He also wrote, produced and directed the poker comedy “The Grand,” and most recently worked on the “Pacific Rim 2” script with Guillermo del Toro. He’s repped by CAA and McKuin Frankel Whitehead.

For a look at Penn’s documentary about digging up the E.T. video game, watch the video below.