Comedian Anthony “AJ” Johnson was remembered Monday by the writers of his movie “Friday,” Ice Cube and DJ Pooh.

Shortly after news of Johnson’s death broke, Ice Cube called the late actor a “naturally funny dude who was straight outta Compton at the same time.” He added that he wished he could have brought back Johnson’s “Friday” character, Ezal, for the upcoming sequel film “Last Friday.”

Writer DJ Pooh said in a tweet, “Rest easy AJ,” while also sharing a GIF of Johnson running down the street with stolen merch in his arms, as seen in “Friday.” 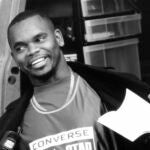 Other stars also paid their respects to the late comedian, who, according to his reps, died earlier this month. No cause of death was revealed.

In addition to appearing in “Friday” in 1995, Johnson got his big break with the role of E.Z.E. in 1990’s “House Party.” His other notable film credits include “Lethal Weapon 3,” “Menace II Society,” “BAP*S,” “House Party 3,” “How to Be a Player,” “I Got the Hook Up,” “Hot Boyz” and “I Got the Hook Up 2.” Throughout the ’80s and ’90s, he rose to fame as a comedian performing in clubs in Los Angeles, eventually making his way to the “Def Comedy Jam” and other acting opportunities.

See some of the online reactions to Johnson’s passing below.