Like a lot of people, Anthony Anderson didn’t think much about Amazon billionaire Jeff Bezos’ brief trip into orbit on Tuesday morning. And since Anderson is guest-hosting “Jimmy Kimmel Live,” he laid into Bezos hard during his monologue, not only roasting the trip — and the hilariously genital-esque rocket — but also an incredibly tone-deaf thing Bezos said after it was over.

“That’s right, Bald Lightyear went to space and back this morning,” Anderson said to kick the bit off. “Today millions of people all over the world looked up and said, ‘Wow, that thing sure looks like a penis.’ And that’s because… that thing did look like a penis.”

Anderson wasn’t kidding, by the way. 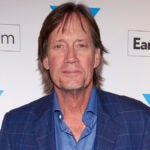 Anderson poked fun at the fact that the trip lasted only 10 minutes, which again is because he didn’t actually travel to space. Bezos’ penis-shaped rocket went 250,000 feet in the air, which isn’t anything to sneeze at. But scientists and international treaties have generally agreed the official start of space is 62 miles, or 327,360 feet. Anyway, Anderson remarked on how short the trip was and then noted how Bezos disembarked.

“He exited the rocket wearing a cowboy hat. Boy, nothing says ‘midlife crisis’ like putting on a cowboy hat and blasting off to space in a giant metal d—,” Anderson joked. 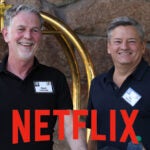 Then Anderson covered the incredibly tone-deaf thing we referred to above. During a post-flight interview, Bezos said: “I also want to thank every Amazon employee and every Amazon customer, because you guys paid for all of this.”

About that, Anderson joked: “So to recap, Bezos looks and sounds like a douche.” Zing!