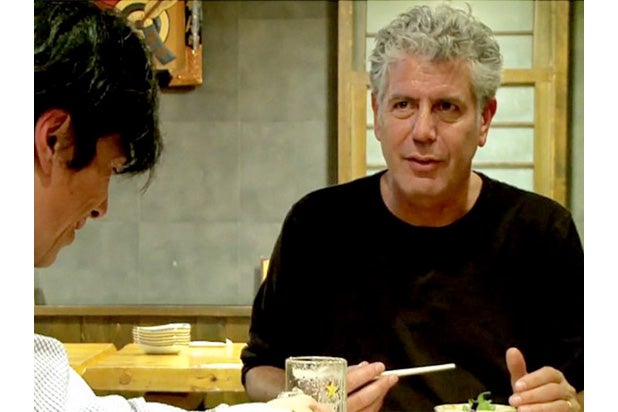 We don’t know what Anthony Bourdain ate for his last meal, and today isn’t the day to ask. But we hope it was sushi. Because in interviews over the years, Bourdain was often asked what he would want for this last meal, and he always had the same answer.

When we were lucky enough to interview him in 2013, we didn’t raise the subject of last meals. But he brought it up himself.

“If I knew I was going to die tomorrow morning I’d probably be eating some really high-end sushi tonight,” he said.

Also Read: How Anthony Bourdain Became a Leading Ally of the #MeToo Movement Through Asia Argento

Bourdain had a more specific answer in 2016, when he wrote a feature for the Guardian newspaper.

“Ideally, my last meal would be at Sukiyabashi Jiro, a tiny sushi bar below street level in Tokyo. It serves some of the finest quality sushi anywhere on the planet,” he wrote.

“I think I’d prefer to die like an old lion — to crawl away into the bushes where no one can see me draw my last breath. But in this case, I’d crawl away to a seat in front of this beautiful hinoki wood sushi bar, where three-Michelin starred Jiro Ono would make me a 22- or 23-course omakase tasting menu,” he added.

Jiro Ono was the subject of the acclaimed 2011 documentary “Jiro Dreams of Sushi.” And Bourdain celebrated his restaurant, Sukiyabashi Jiro, on his old Travel Channel show “No Reservations.”

Bourdain’s introduction: “Down a flight of stairs, next to a subway entrance in the cellar of an unimpressive-looking office building: You’d never know it from looking at it, but Sukiyabashi Jiro has three Michelin stars, and is considered by many the best sushi in the world.”

Here is the segment:

His love extended to the printed page. In 2015, Bourdain co-authored the graphic novel “Get Jiro: Blood & Sushi,” about a young sushi chef who is the son of a notorious gangster and is torn between his father’s plan for him and his own desire to master the art of sushi.

Bourdain, sadly, did not get to eat his last meal at Sukiyabashi Jiro: He died on another continent, outside Paris.

But we know Bourdain was consistent in his love for sushi, and Jiro Ono’s sushi in particular. He told Piers Morgan in 2012 if he could eat his last meal at Jiro, “I would go without complaint.”

And in 2013, he volunteered to TMZ, “If you’re planning on executing me tomorrow, I’d like to be eating some really good sushi tonight.”

Tonight might be a good night to enjoy some very good sushi in his memory.