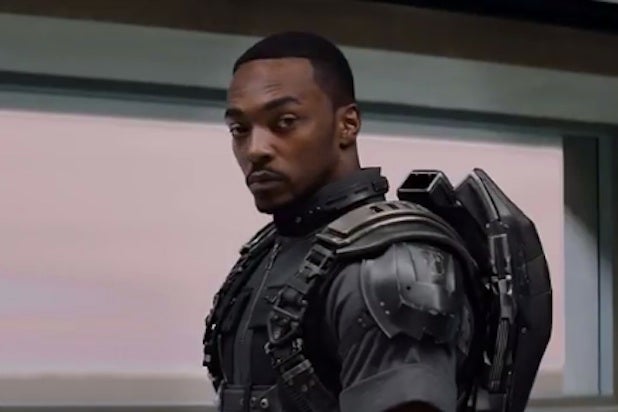 “The Falcon and the Winter Soldier” star Anthony Mackie made news last month when he called on Marvel to do better with diversity on its films, and he clarified his remarks in a new interview published on Wednesday with Fatherly.  When asked what prompted him to speak out, Mackie said, “I’ll say this: I don’t think what’s happening is a racism problem. I think it’s an unawareness problem.”

“With Marvel, I really think with most companies, they feel like they’re doing what they should be doing,” added Mackie. “In no way, shape, or form, is it enough. My big thing is, put your money where your mouth is. You can’t cast a Black dude as one of your main superheroes and not expect him to have that conversation. It’s just in my DNA to have that conversation. It’s a huge opportunity for me to be part of the Marvel universe so it’s my job to make sure the Marvel universe is as good as it can be. Anyone who’s big in our industry, if they have a party at their house, their party is 98 percent white. If you go to their office and their office is 98 percent white, that reflects their reality.”

Mackie spoke in conversation with “Snowpiercer” star Daveed Diggs and said that, like Diggs, now that he’s finally the star of his own show with the Disney+ series “The Falcon and the Winter Soldier,” he can push higher ups to practice more diverse hiring.

“My big push with Marvel, with everyone, is, hire the best person for the job,” he said. “Even if it means we’re going to get the best two women, we’re going to get the best two men. Fine. I’m cool with those numbers for the next 10 years. Because it starts to build a new generation of people who can put something on their résumé to get them other jobs. If we’ve got to divvy out as a percentage, divvy it out. And that’s something as leading men that we can go in and push for.”

Mackie made his MCU debut back in “Captain America: The Winter Soldier” back in 2014.