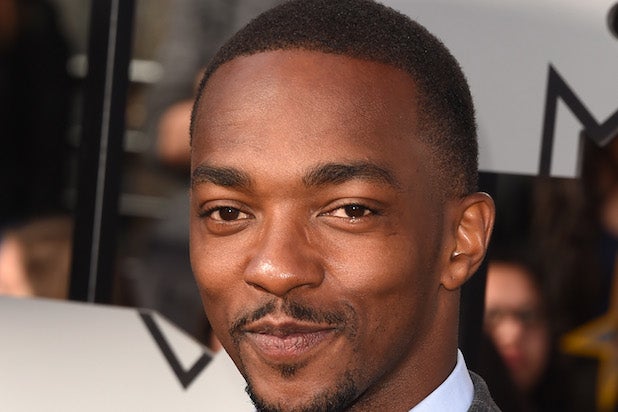 Fresh off his soaring turn as The Falcon in “Captain America: The Winter Soldier,” Anthony Mackie is in negotiations to join Seth Rogen and Joseph Gordon-Levitt in Sony’s untitled Christmas Eve comedy, multiple individuals familiar with the project told TheWrap.

Jonathan Levine, who worked with Rogen and Gordon-Levitt on the critically acclaimed cancer dramedy “50/50,” will direct from his own original screenplay.

Story follows three childhood best friends who reunite in New York City for their annual tradition of going on on Christmas Eve. There’s no deal in place for Mackie yet, but one is expected to close shortly, as production is scheduled to start this summer.

Rogen, Evan Goldberg and James Weaver will produce through their Point Grey Pictures banner, while Joe Drake and Nathan Kahane of Good Universe will executive produce with Kyle Hunter and Ariel Shaffir.

Sony acquired the red-hot package in a bidding war back in February. The studio is already invested in Point Grey, as it released the company’s hit comedy “This Is the End” and will distribute “The Interview” later this year. Sony is also behind Rogen and Goldberg’s upcoming animated comedy “Sausage Party.”

Not only did Good Universe recently produce Rogen’s current box office hit “Neighbors,” but the company also produced and co-financed “50/50” when it was known as Mandate Pictures.

Mackie next stars opposite Jennifer Connelly in Paul Bettany’s romantic drama “Shelter” as well as the indie rom-com “A Many Splintered Thing,” which reunites him with Chris Evans. He’s also attached to co-star in John Hillcoat’s crime drama “Triple Nine,” which will star Casey Affleck. Mackie has shown off his comedy chops before, most recently in Michael Bay’s “Pain & Gain” and the romantic comedy “What’s Your Number?”

Mackie is represented by UTA and Inspire Entertainment.