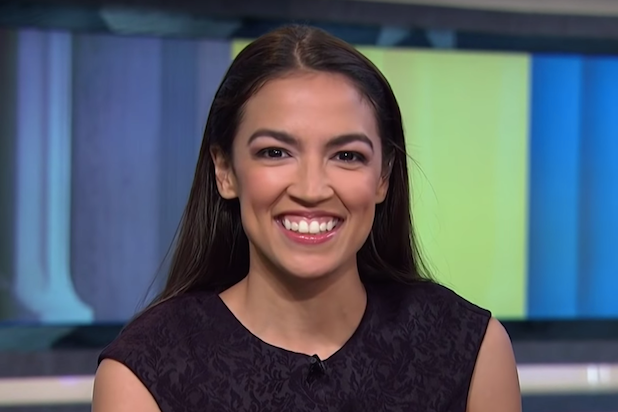 Rep. Alexandria Ocasio-Cortez responded Thursday to critics who took issue with her “Vanity Fair” cover, which released Wednesday along with an interview.

“The whole ‘she wore clothes in a magazine, let’s pretend they’re hers’ gimmick is the classic Republican strategy of ‘let’s willfully act stupid, and if the public doesn’t take our performative stupidity seriously then we’ll claim bias,'” the congresswoman tweeted. “GOP, get yourselves together. It’s sad.”

She responded directly to Fox News primetime host Laura Ingraham — not for the first time — who tweeted a link to a Fox News digital article titled, “AOC appears in Vanity Fair in outfits worth $14,000 to curse out Trump.”

Also Read: Rep. Alexandria Ocasio-Cortez to Fox News' Laura Ingraham: 'Why Are You on TV Again?'

She added, “(& I don’t know if you’ve been in a photoshoot Laura, but you don’t keep the clothes.)”

Later, the representative summed up the her feelings like this: “Republicans are Very Mad (again) about my appearance. This time they’re mad that I look good in borrowed clothes (again). Listen, if Republicans want pointers on looking your best, I’m happy to share. Tip #1: Drink water and don’t be racist.”

Ingraham wasn’t the only observer who took issue with Ocasio-Cortez’s wardrobe. Commentator Sunanda Vashisht wrote, “AOC on the cover of Vanity Fair. The clothes are estimated to cost $14,000. So happy that AOC is upholding the long established hypocritical tradition of Socialists who believe Socialism is for poor while they enjoy the fruits of Capitalism.”

Similarly, Ocasio-Cortez wasn’t the only person who responded to the criticism. Historian Kevin Kruse told Vashisht that’s “how photoshoots work,” for instance.

Alexis Haines, known for “Pretty Wild” and her involvement in the so-called “Bling Ring,” tweeted at Ingraham that she’s “so pitiful.” Haines, formerly Neiers, is well-known for her own much-memed, infamous fight related to a Vanity Fair profile.